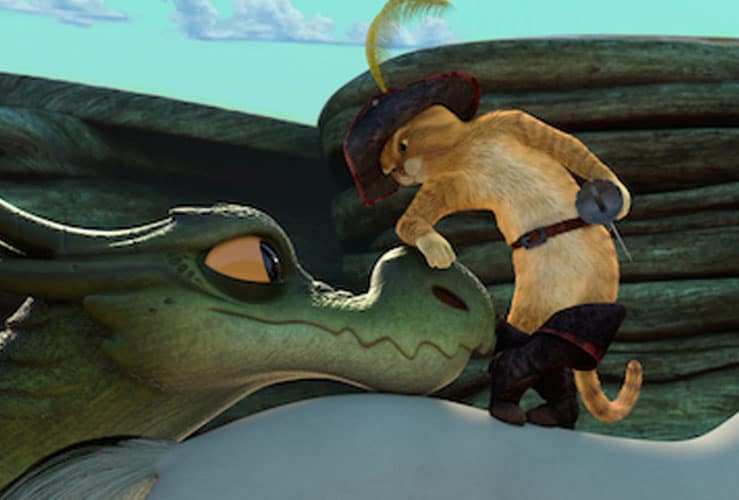 One of our favorite characters from DreamWorks Shrek is returning to Netflix today – Puss in Boots. Starting today, you’ll find the second some of your favorite characters and new ones on all new adventures. I’m going to grab my favorite orange cat and tune in – although I’m pretty sure Jack wont be as entertained as I will!

About Puss in Boots:

The world’s greatest swordfighter swings into action in an all-new original series, THE ADVENTURES OF PUSS IN BOOTS Season 2, from DreamWorks Animation that will be available only on Netflix December 11th! Always ready for a good time and warm glass of milk, everyone’s favorite kitty with swagger doesn’t disappoint as Puss charms beautiful Dulcinea, a gleefully naïve kitty with a heart of gold, and heroically defends his new friends after accidentally breaking a magic spell protecting them from thieving villains. The whole family will want to watch as Puss sets off to slay a dragon who instead becomes his pet, battles a mole king attacking his best friend Jack, and races against the clock to restore the spell protecting the town of San Lorenzo. The boots are back!

Get ready for a swashbuckeling good time when you tune into Netflix today, and remember you can watch all of the episodes in sitting if you want – with no commercials! Similar to the original Shrek movies, Puss in Boots is done in 3D animation instead of traditional cartoon line drawing. You and your kids will love the new episodes.

Check out a clip from the new season below – and tune in today!