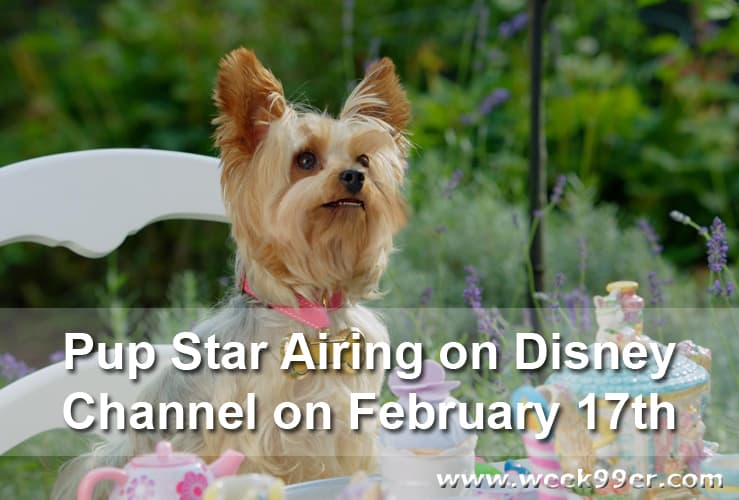 If you’re looking for a family friendly and kid safe movie to tune into, Air Bud Entertainment has you covered with their Pup Star series! The first movie Pup Star is filled with talking dogs, their loving owners and a musical compeition for singing canines. We loved the original movie, and how sweet and endearing it is. Kids absolutely love Pup Star, the talking dogs and parents absolutely love the movie everyone in the family will love.

Pup Star released on iTunes and Google Play and later was on Netflix. Now Pup Star is making it’s TV Debut on the Disney Channel. You can catch the premiere of “Pup Star” on The Disney Channel February 17 at 8:30pm 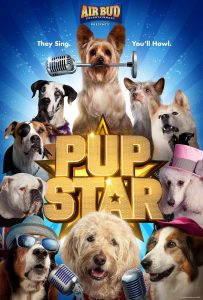 Air Bud Entertainment announces that their newest film, PUP STAR, will air for the first time on broadcast television on Disney Channel, Friday, February 17 (8:30 p.m. ET/PT). From the creators of the beloved ‘Air Bud’ and ‘Disney Air Buddies’ franchises, PUP STAR is a dog-filled spin on America’s hit TV singing competitions, loaded with music, including 13 original songs, and the biggest cast of talking (and singing) canines ever assembled.

The second film in the franchise, PUP STAR: SEASON TWO, is in production for a fall 2017 release.  Air Bud Entertainment movies are available on Netflix and digital platforms including iTunes, Amazon and Google Play.