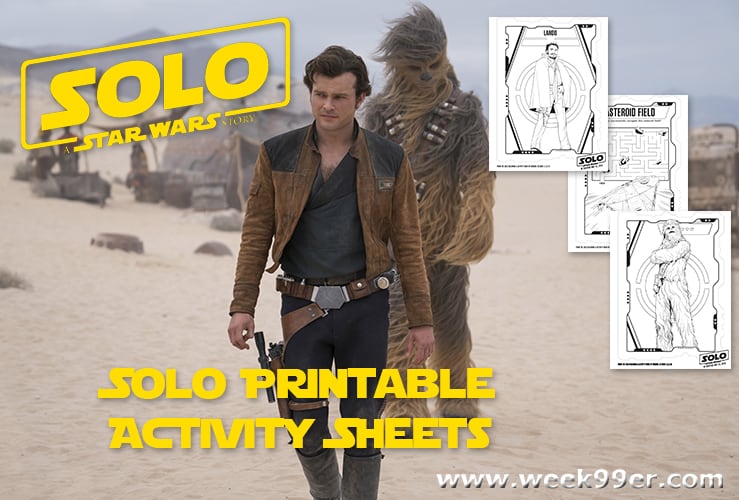 One of the days that dorks everywhere are waiting for is almost here – Star Wars day! May the 4th is Friday and May the 4th be with you! It’s time to make your May the 4th Cupcakes, pop in the original Trilogy and get ready for Solo coming out later this month. We’re going to learn more about our favorite scoundrel Han Solo. And to celebrate the release of the new prequel movie Lucasfilms released great activity sheets you can print out. You can find mazes, word searches, coloring sheets and more. Just click to save the PDF and print them out below.

The Green Knight Mixes Folklore and Effects for an Interesting Adaptation

Jungle Cruise is a Fun Adventure For All Viewers

Black Widow Gets an Early Release for Home Audiences

Predictable and Slow is Old a Waste of Time?