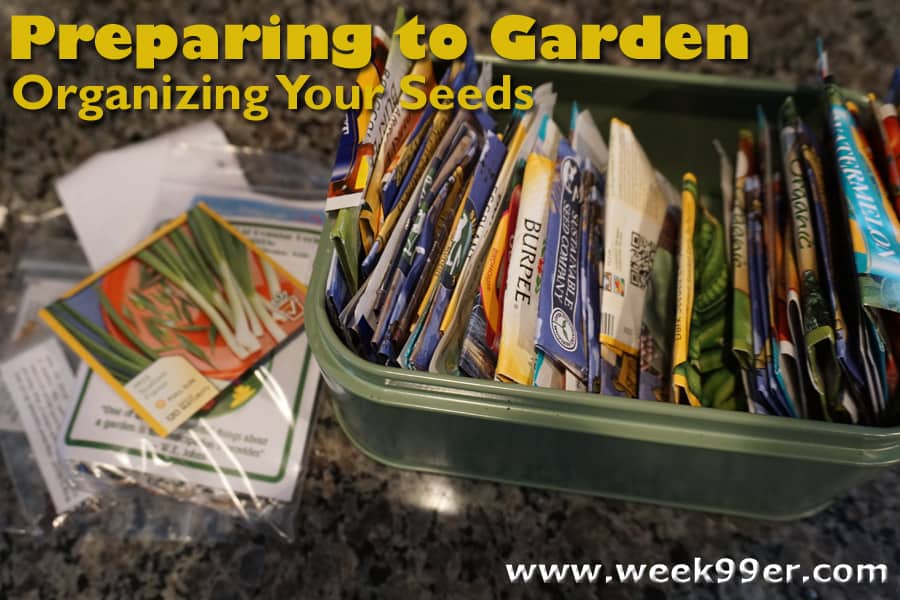 As I sit here on another sub-zero night – I want nothing more than to sit in the grass and put my hands in the ground. But instead, I’m bundled up under blankets and watching someone play video games and faced with the fact there are still 68 more days until spring. The snow and windchill outside pretty much make it impossible to do much gardening, but that doesn’t mean I can’t get organized. 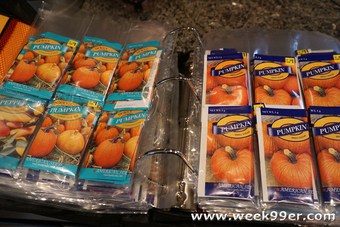 Over the last couple years I’ve picked up seeds at numerous places, from traditional brands, sustainable non-GMO heirloom seeds, and even saved some from veggies I’ve purchased. I even found the mother-load at Dollar General at the end of the season last year, where all of their seeds were 90% off. Seeing as they were 4/$1 up to $1.50 a package – I grabbed a ton! Averaging 2-5 cents each – there wasn’t any reason to not grab some for this coming growing season.

When I first started buying seeds a couple years ago, I used these great metal tins I found at Ikea. But they quickly became full. Although everything inside is alphabetized, it’s easy to misplace a seed when I want to start getting ready to start them. And let’s face it – I may have a bit of a seed obsession going on here. I quickly outgrew my tin and knew I needed a better way to sort an organize the precious seeds I’ll be using this year. And even worse – I misplaced my seed box for a while after we moved… I’m sure I put it some place I wouldn’t forget – but there was some panic involved.

The best way I’ve found to organize my seeds – my coupon binder! Since work and my business have kept me busy the last couple of years, I haven’t had as much time to coupon. I actually found a few coupons still in the pages that expired well over a year ago (whoops!) I’m not saying I don’t clip my coupons or shop deals, but I don’t have enough time to focus on it anymore. So I cleared the rest of my pages out and started t fill them up my seeds – again keeping them alphabetical.

The pages inside are both baseball card sheets and some are the larger currency holders. Right now I’ve mostly been working with the card holders, and it does require some folding of the seed packet. I fit two in each slot and leave it so there are some open places at the top so I can label the sheet and mark on my plan when and where I planted them. The clear plastic sheets make it easy to see the information for planting and to keep them organized.

This is a great way to reuse your binder and make everything easy to use and ready to plant this spring. Just think how much easier it’ll be to find your seeds when all you have to do is flip a page. And fear not for the cute Ikea tin though – it’s still in use! There are some seeds that wont fit in my new system. Have you ever tried to fit peanut seeds in.. well anything!?