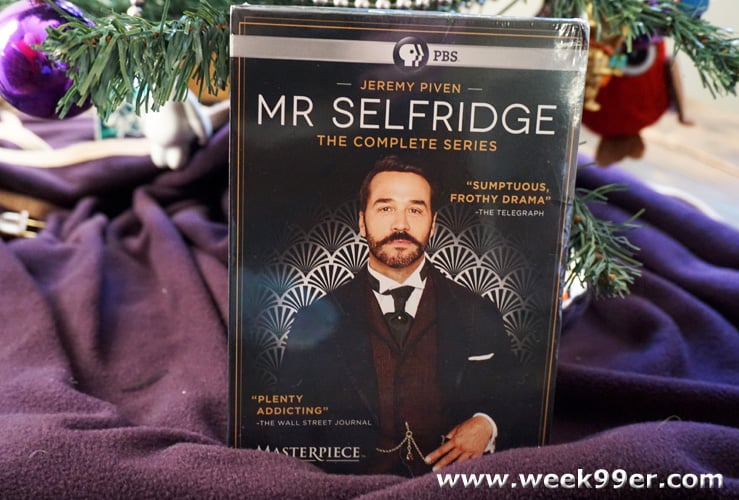 It’s time to grab some popcorn and snuggle up to binge watch a new favorite show. In time for the holiday season, PBS has released the complete series of Mr. Selfridge, a captivating and addicting series about 1900 London. The complete series includes all four seasons of the show plus bonus features and is the perfect to watch on those snowy days in our near future. 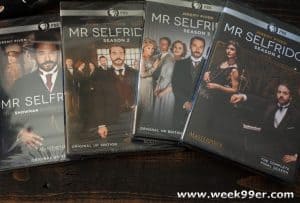 Period pieces are growing more and more popular, and no one does them better than PBS. Mr. Selfridge is no exception to this. We were sent the complete season of Mr. Selfridge and instantly were hooked. The series follows Harry Gordon Selfridge (played by Jeremy Piven) as the founder of Selfridges, the London based department stores. Based on the American Entrepeneur who seemed to be more legend than man, Selfridge changed how people saw department stores in the early 1900’s with his unorthodox approach to business and life. The show will change keep you at the edge of your seat and make you want to watch it over again.

Special features include two hours of bonus materials featuring a behind the scenes look at each season of Mr. Selfridge, including interviews with the cast and deleted scenes. The Masterpiece Trust collection has a total run time of approximately 30.5 hours on 12 discs.

Mr. Selfridge: The Complete Series is available online and in stores near you.

Created by Emmy® Award-winning writer Andrew Davies (Pride and Prejudice, Bridget Jones’ Diary), Mr. Selfridge brings to life the story of American entrepreneur Harry Gordon Selfridge, the colorful and visionary founder of Selfridges, London’s lavish department store. Pioneering, reckless, and with an abundance of charm, Harry Selfridge created a theater of retail for early 1900s Londoners, where the latest topics or trends were showcased and traditions were challenged.