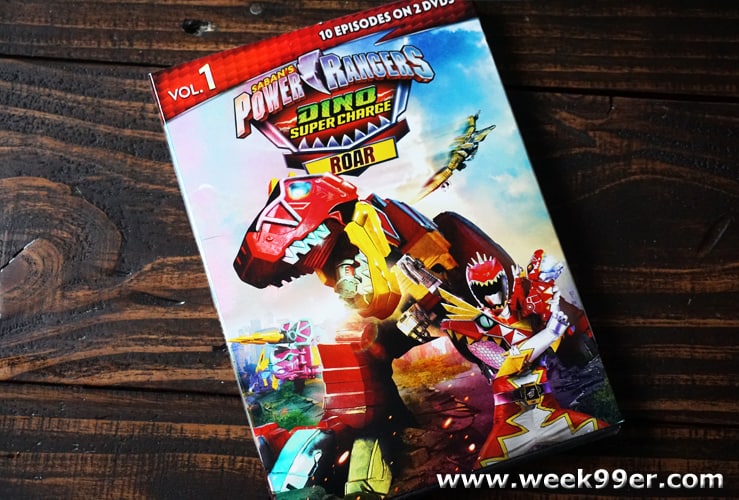 The first 10 episodes of Power Rangers Dino Super Charge is now available on DVD and Roar is official available everywhere. The DVD is packed with fun episodes your kids and Power Ranger fans will absolutely love. Released last month, Roar takes you on an adventure with the Power Rangers as they battle Heckyl. Together the team unleash their powers and team together to fight evil and save the universe.

Power Rangers Dino Super Charge Roar has a total run time of 2 hours and 12 minutes and is not rated. You can get all 10 episodes on DVD now.

The Power Rangers continue their search for the Energems after Sledge’s defeat, but soon learn that his most dangerous prisoner, the evil Heckyl, survived! In light of this new threat, Kendall creates a powerful new Dino Charger that unlocks the Red Ranger’s T-Rex Super Charge mode! It will take every Zord, Megazord, and Dino Charger in the Power Rangers’ arsenal to finally unite all ten Energems and save the universe!
EMBED CODE: