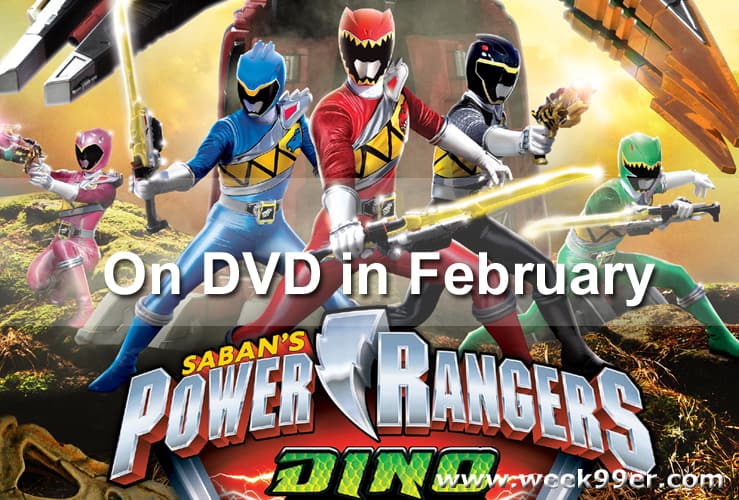 If you’re like us at all, we loved watching the fun Dino inspired adventures in the new Power Rangers Dino Charge series. IT combines some of our favorite things, Power Rangers, Robots and dinosaurs. In early February, you can actually get the complete first season on a 5 DVD set. Check out all of the information about the set below! 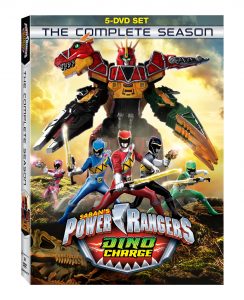 Catch all the dino-charged adventures of the world-renowned heroes, Saban’s Power Rangers, when Nickelodeon’s hit TV series Power Rangers Dino Charge: The Complete Season arrives on DVD and Digital HD February 7 from Lionsgate. The Rangers must battle an evil intergalactic villain in this action-packed collection that remains one of the top–rated and longest–running children’s live-action series in TV history. Including five discs with over eight hours of action, the Power Rangers Dino Charge: The Complete Season DVD will be available for the suggested retail price of $19.98.

Millions of years ago, an intergalactic bounty hunter named Sledge tried to capture the Energems – ten mysterious colored gems with incredible powers. Keeper, the guardian of the Energems, fled to Earth, where he entrusted the Energems to the dinosaurs for protection. After the dinosaurs went extinct, the Energems were lost. Now, Sledge is back, and it’s up to the Power Rangers Dino Charge to hunt down the missing Energems and defeat the vicious Sledge — once and for all!