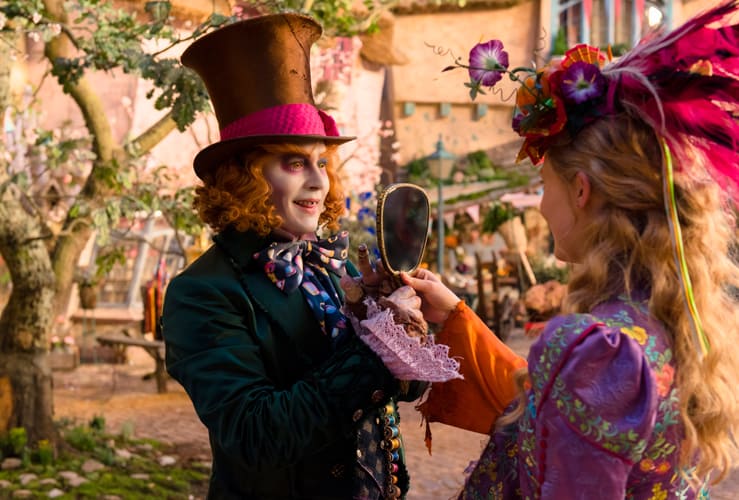 The world around Alice in Wonderland and Alice Through the Looking Glass are ones that have always intrigued me. With the 2010 live action release of Alice in Wonderland, fans like myself were excited to see the movie and hoped the sequel would be coming to the big screen as well. It seems like it’s been a long time coming but this spring we’ll finally get the live action Alice Through the Looking Glass. Like the first move, the sequel will feature Johnny Depp, Anne Hathaway, Mia Wasikowska, Rhys Ifans, and Helena Bonham Carter. Earlier this week a featurette staring P!nk was released with a glimpse of her covering one of the songs for the upcoming film. You can see the official release, featurette and even an extended trailer below!

Walt Disney Studios is partnering with three-time GRAMMY®-winning singer/songwriter P!nk on the studio’s upcoming release “Alice Through the Looking Glass.”

P!nk will write and record an original song which will appear in the film and on the motion picture soundtrack from Walt Disney Records featuring four-time Academy Award® nominee Danny Elfman’s score. She has also recorded a cover version of the iconic song “White Rabbit” for the film’s marketing campaign.

Check out the Featurette of P!nk’s Cover of White Rabbit:

And here’s an extended preview of the upcoming movie!

Find out more about Alice Through the Looking Glass and check it out in theaters in May!