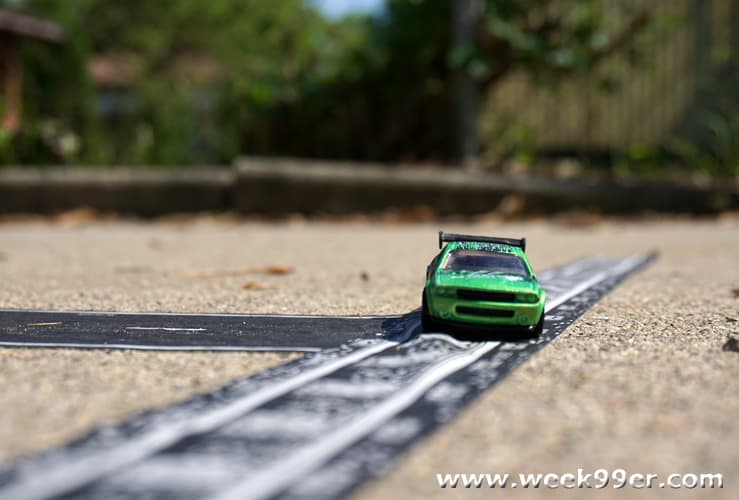 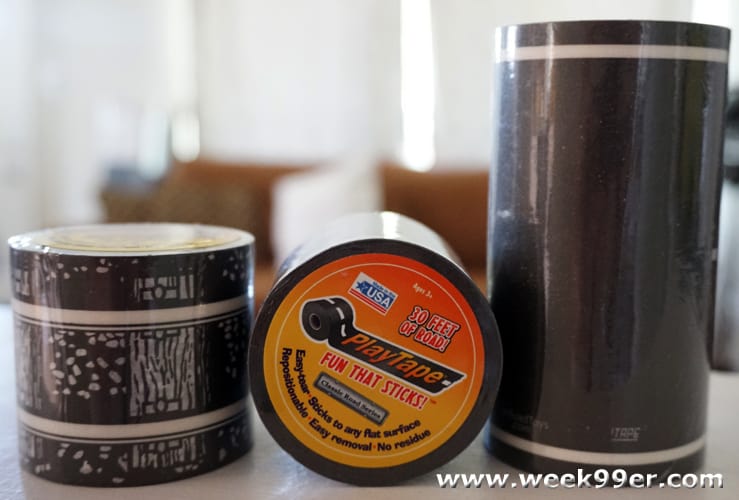 For kids, the only limitation is their imagination, and where they’re allowed to play. As kids we’d play our with our toy cars outside and imagine roads, or they’d drive all over the furniture with roads in our mind. Now, we can put the roads, and train tracks anywhere we want and our cars and keep on going! 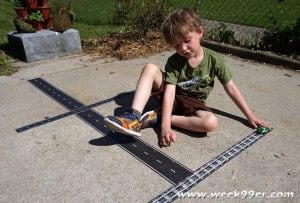 PlayTape is a new toy on the market that helps your kids imagination have no boundaries. The roads go anywhere you stick the PlayTape and their imagination is set free. InRoadToys sent me some of their fun new product to try out and let Goonie play with since he loves both cars and trains!

Goonie has loved anything with an engine since he was about 6 months old, so putting out a road for his cars was an awesome treat and quickly he had a city started out on the patio. But PlayTape can stick to any flat surface, not just concrete. You can even make the roads go up your walls, on your wood floors, through the kitchen tile or over the mountains that the couch becomes. The tape is easy to put out, and tear. You can reposition it as needed and not worry because it comes off easy and doesn’t leave any stickiness behind. 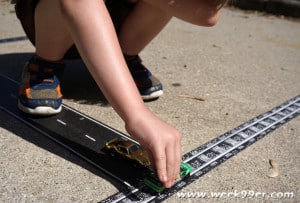 Putting the PlayTape down was just about as easy as cleaning it up, we didn’t have a mess but in between we had a very happy little boy playing with his cars outside. Cars became trains, they were going every direction! Chalk was used to add buildings to the city around the streets and some even drove down the rail road tracks. It was amazing to see what a little bit of road did to change how Goonie played with his cars. 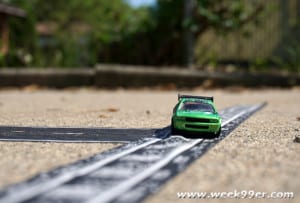 PlayTape is now available on Home Depot and is available on Amazon. Not only does it encourage new ways for your little ones to play, we think it might actually be fun to add to existing train sets! Think if your train table could have a paved road for your cars. Let your kid’s imagination go anywhere the road takes them, and get read for them to ask for “just a little more road” to be put down to play!