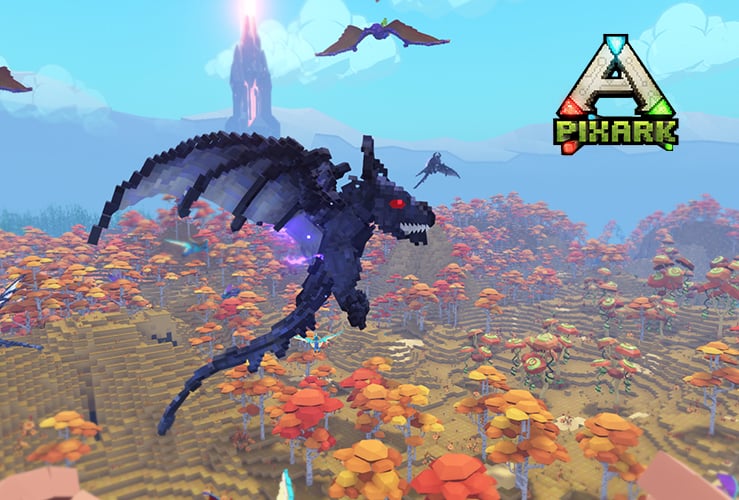 Snail Games today announced that open world voxel-based sandbox survival game PixARK will be entering Early Access on Steam and Xbox Games Preview in March 2018. Additionally, the game will be coming to retail and digital distribution on Nintendo Switch, PC, PlayStation 4, Xbox One and Xbox One X later in 2018.

Snail Games announced that open world voxel-based sandbox survival game PixARK will be entering Early Access on Steam and Xbox Games Preview in March 2018. Inspired by the world of the multi-million selling ARK: Survival Evolved, PixARK will be coming via retail and digital distribution to PC, Microsoft Xbox One and Xbox One X, Sony PlayStation 4 entertainment system and the Nintendo Switch later in 2018. PixARK is expected to receive an E10+ rating from the Entertainment Software Ratings Board (ESRB) in North America and a 12 from PEGI in Europe.

“With PixARK, we’ve taken the action and excitement that older players know and love in ARK to a new direction in order to introduce that world to an entirely different audience,” said Peter Kang, director of live operations and business development, Snail Games. “PixARK is a fun, colorful game that introduces players of all ages to ARK while adding creative building modes and a clever pick-up-and-play experience.”

In PixARK, a group of players wake up on a mysterious island, only to find themselves stranded. To survive, they must hunt, harvest, craft items, grow crops and build shelters to protect themselves from dinosaurs, natural hazards and potentially hostile human players. Using skills and the natural resources around them, players must tame or kill vicious creatures and learn to travel between worlds to uncover the mysteries that surround them.

PixARK is an open world voxel-based sandbox survival game bringing a new take on the world of ARK: Survival Evolved. The game will feature:

Since its launch into Steam’s early access program in June 2015, over 12 million survivors have been stranded on the ARK island, wandering an incredible land to discover how to tame, train, ride and breed the 100+ dinosaurs and primeval creatures roaming the land.

Watch a trailer of the new game here:

1 thought on “PixARK Coming To Early Access in March on Multiple Platforms!”