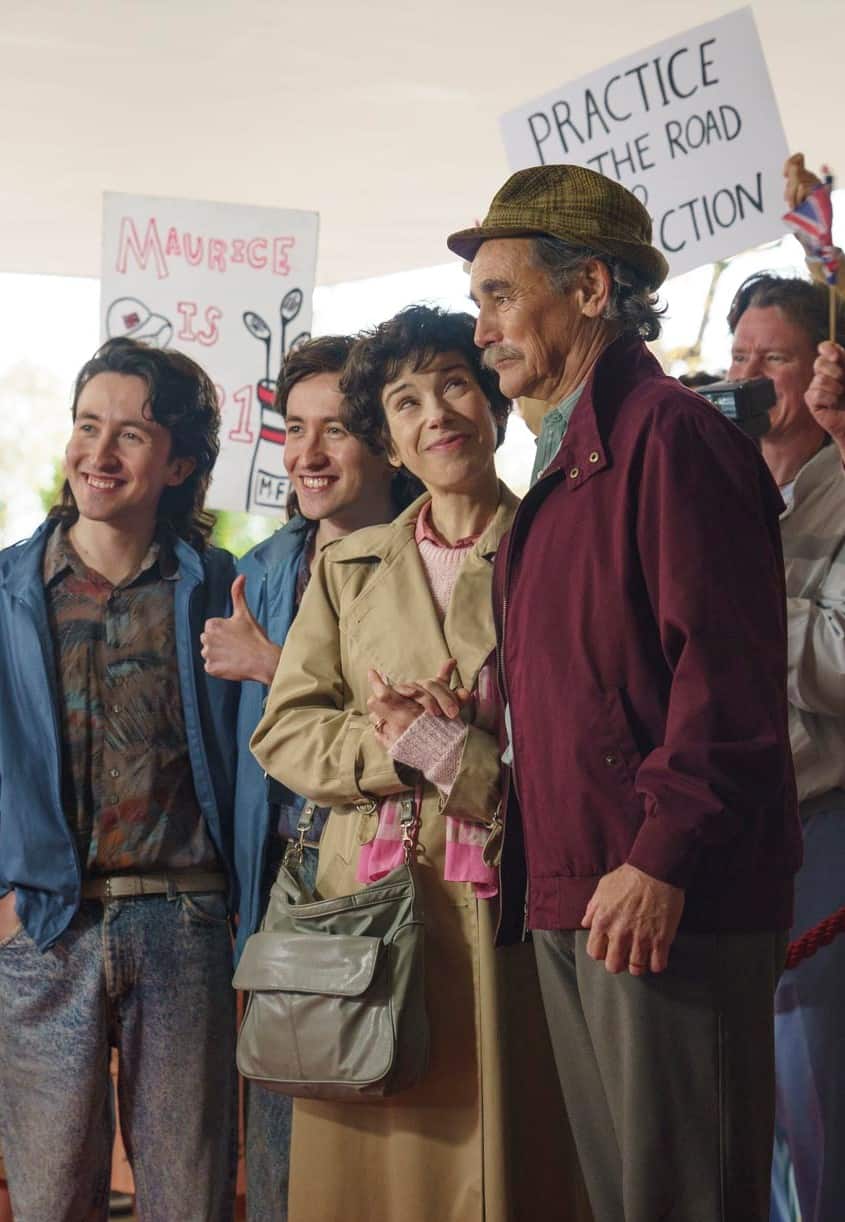 We’ve seen the story before, a normal guy takes on a system that doesn’t want him in it. The difference with The Phantom of the Open – it’s a true story. The movie follows Maurice Flitcroft (Mark Rylance), an average man who decides to sign up for the British Open, and marks himself as a professional to increase his odds of being accepted. The organizers can’t believe anyone would mark themselves as a professional unless they actually were – and automatically accept him.

Despite Maurice’s lack of experience and some of the ridicule he faces after his first appearance in the Open, he’s determined to play by any means necessary. This gets him the nickname of the Phantom as he keeps popping up over the years much to the pleasure of the general audience while becoming an increasing problem for the tournament. The lengths Maurice went to attend are the perfect antics for a movie and one that will have you laughing at some of the extremes he goes to.

While the story seems a bit off the wall, sometimes the truth is stranger than fiction. Mix in the acting chops of Mark Rylance and Salley Hawkins, you’re sure to get an entertaining movie. Phantom of the Open is definitely a movie that has you cheering for the little guy as the movie goes on as he takes on a system that seems stacked against him. The movie will be opening in theaters this weekend and is definitely a bit off the wall but worth the watch.

About Phantom of the Open:

THE PHANTOM OF THE OPEN follows Maurice Flitcroft (Mark Rylance), a dreamer and unrelenting optimist who managed to gain entry to The British Open Golf Championship Qualifying in 1976 and subsequently shot the worst round in Open history, becoming a folk hero in the process.