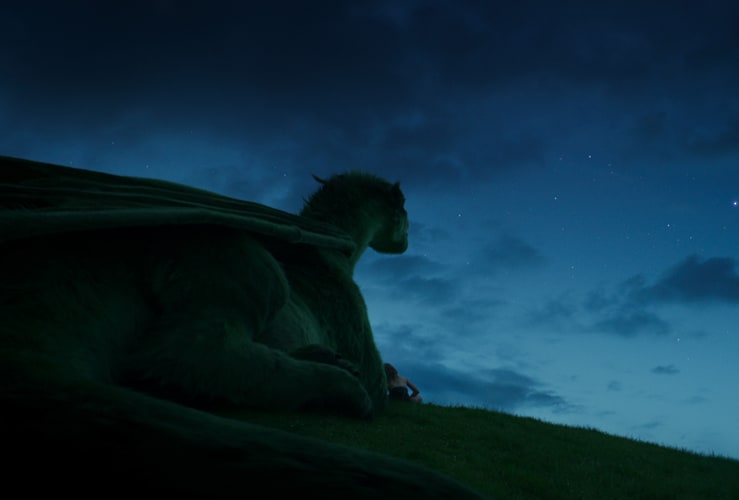 Who hasn’t wanted a dragon for their own best friend and protector? I think most of us that grew up in the late 70’s and early 80’s with the 1977 release of Pete’s Dragon and even Puff the Magic Dragon instilled that in us very young. But the original movies only gave us animated dragon friends that sang and danced in a musical version. When you go to see the new Pete’s Dragon (in theaters everywhere today) that is not what you’re going to get – instead, you’re going to have a much different experience with both Pete and his dragon friend Elliot.

We were treated to a sneak preview viewing of Pete’s Dragon earlier this week in 3D. The movie takes you through the story of Pete, a toddler who gets stranded in the woods after a car crash kills his parents. He quickly is found by a dragon, who not only becomes his protector but his best friend. Years go by and Pete survives in the deepest forest with the help and care of Elliot, until he sees other humans getting close to their haven.

Unlike the original (half) animated movie, there aren’t any sing song moments, no dancing dragons or abusive adoptive parents. Instead, you will have a beautifully CG animated Elliot who emotes just with his facial expressions, movements and still can disappear like the original Elliot. He never speaks a word, but you always know what Elliot is feeling. His mannerisms are less goofy (although there are some moments) and more a mix of cat or dog as he plays in the woods which makes him more relate-able, almost like a pet.

There are a couple moments that could be scary for younger viewers, including a chase scene that can take your breath away. Your heart will break for both Pete and Elliot at different times, and there are moments that will bring you to tears. Is the movie one kids will enjoy? I’d say yes, depending on the child. I have no doubt Goonie will like it at 7, despite a couple scary or tragic moments. I don’t know that I can recommend 3D for this movie though, it adds a little to the film, but that will be up to you if it’s worth springing for. But with that being said, I would definitely see Pete’s Dragon while it’s in theaters, so you can see Elliot larger than life, and fall in love with this heart warming film.