Suspenseful, chilling, and a bit crazy. All great words to describe the Stephen King Pet Sematary remake that was just released.

I was not sure what to expect going into the new movie because the old Pet Sematary was one of my favorite movies growing up (horror fanatic I know) and with Stephen King being one of my favorite authors I did not want to be disappointed…..and I was not! Cinema graphics and animation have come so far since the original was made in 1989.

The new Pet Sematary, in true Stephen King fashion builds the plot piece by piece through the movie until the climatic ending. There are moments that make you shutter, gasp, and I even had tears streaming down my face during one scene and burning questions throughout the get answered just at the right time. Now, this is a remake and there are some creative differences from the book and the original, the biggest being the ending is different but still well done I thought.

I really enjoyed the movie and suggest that everyone goes out and see it, especially if you are a Stephen King fan. The acting was well done and the themes are similar to the book. Overall, it is a well done remake of a classic just like IT was, which leave the question: Which Stephen King remake is next?

Based on the seminal horror novel by Stephen King, PET SEMATARY follows Dr. Louis Creed (Jason Clarke), who, after relocating with his wife Rachel (Amy Seimetz) and their two young children from Boston to rural Maine, discovers a mysterious burial ground hidden deep in the woods near the family’s new home. When tragedy strikes, Louis turns to his unusual neighbor, Jud Crandall (John Lithgow), setting off a perilous chain reaction that unleashes an unfathomable evil with horrific consequences. 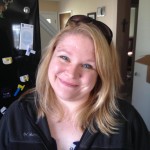