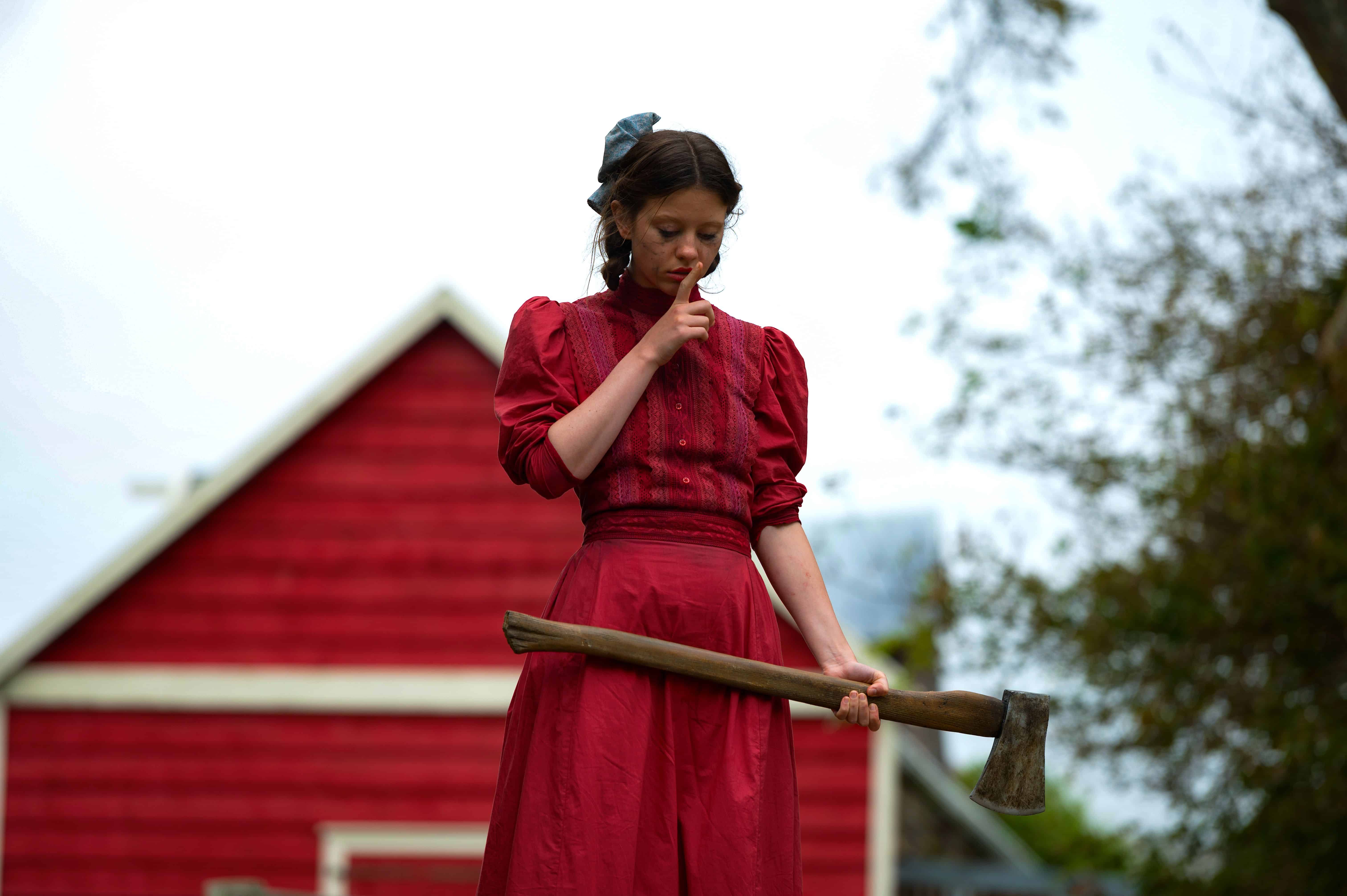 If you’re not into jump scares, gore, and horror – that campy horror movie is probably your ideal choice of movie. And Pearl, an early 20th Century based horror film fits that bill perfectly. It doesn’t quite fit the other movies in its franchise so far, and stands on its own, but Pearl is a good entry level horror film.

Pearl is set in the days of World War I and the Spanish Flu pandemic – which timing-wise would make it easier to film with a masked cast during the current pandemic. It is devoid of technology and shows just how rough life could be and the isolation that families left behind could experience. It also shows just what extremes could happen if mental illness goes unchecked.

But noting the time frame the film is set in, the movie also seems to focus on the style of the movies of that time frame and takes a slow pace in storytelling. It shows a simpler time and different focuses, but that horrible things can still happen. Focusing on the different time frames may have, however, be the reason the movie just seems a bit odd as well.

Pearl is a dreamer, with her dream to be on the silver screen as one of the chorus girls. But being trapped on the family farm with her overbearing mother and disabled father as her husband fights in the war, her dreams are constantly dashed. She also has darker tendencies including killing animals and feeding them to an alligator, and when the dark tendencies start to take over her life she will do what she needs to do to make her dreams come true.

The darkness of Pearl seems to be tempered quite a bit by the campy nature of the film. It feels like a mix of The Wizard of Oz and a little bit of Carrie. Not as scary as you would expect with the reviews from X, the sequel that came out before this film. This campy horror style doesn’t seem to match the original movie feel and style. It seems disjointed from the style of X and seems to completely stand on it’s own in style. But even with that being said, Pearl seems like it is a campy entry to a franchise that may shock viewers as they transition into the next movies in the series.

We’re not sure if this prequel will stand up to what fans of X are looking for – but it is an interesting introduction to a trilogy that apparently each chapter will presented very differently. This is something that we’ll find out when Maxxxine hits theaters later. Pearl is currently in theaters.

Trapped on her family’s isolated farm, Pearl must tend to her ailing father under the bitter and overbearing watch of her devout mother. Lusting for a glamorous life like she’s seen in the movies, Pearl finds her ambitions, temptations, and repressions all colliding in this stunning, technicolor-inspired origin story of X’s iconic villain.