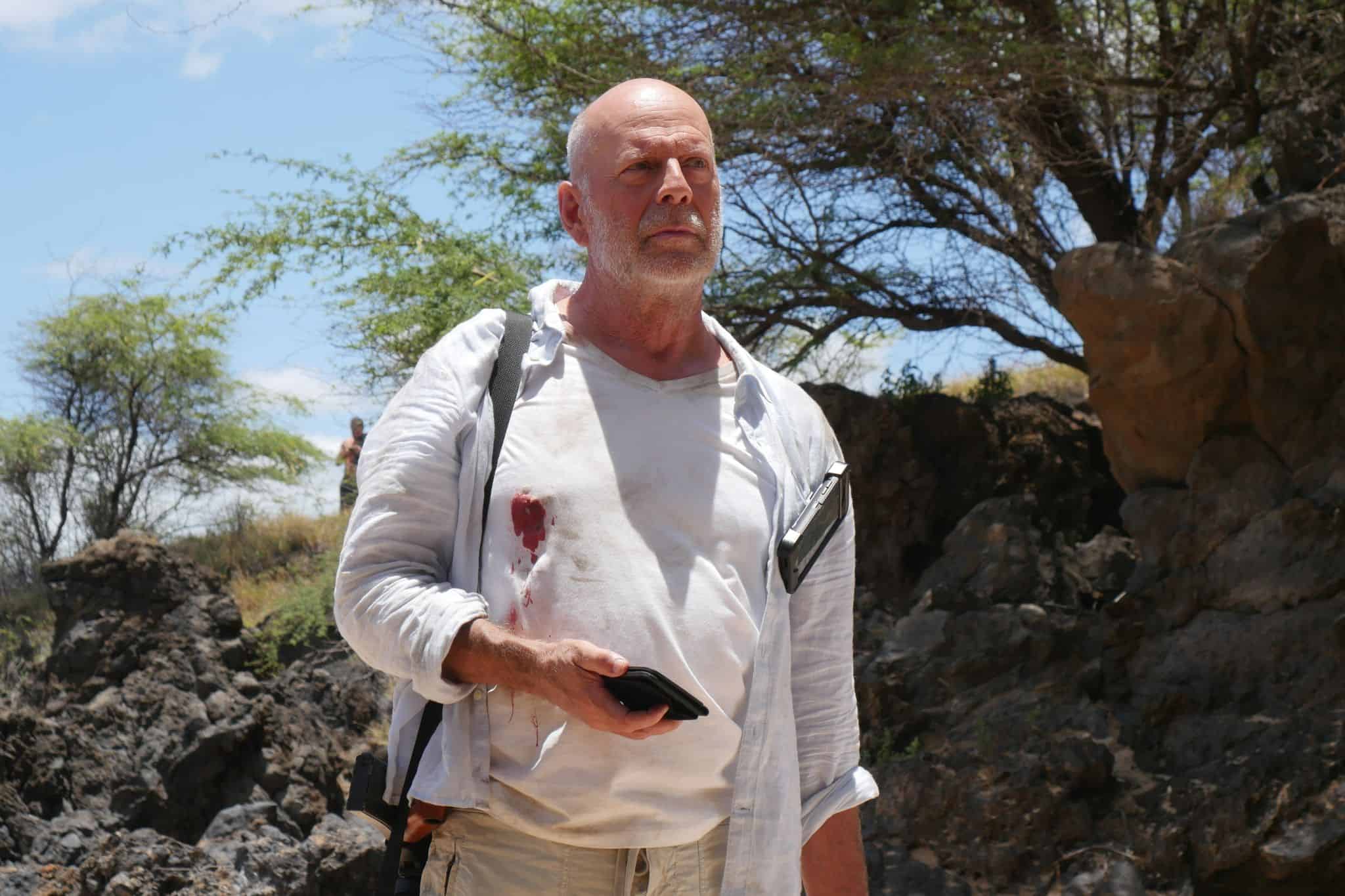 With names like Bruce Willis and John Travolta billed together in an action film, fans will expect a face paced action film that will take them through battles and intrigue. Paradise City seems to have that promise but only delivers an okay action movie. It won’t be winning any awards any time soon, but the movie will entertain viewers with a popcorn film and a B-level action movie.

At the heart of the movie, you have Ian Swan (Bruce Willis) going after the biggest bounty yet, and dealing with a power broker (John Travolta) whose actual motives are a lot darker than you’d expect. Swan’s son (also a bounty hunter) is brought to the island after his father’s death and he is there to find out what actually happened. This will take him on a journey he didn’t expect and will take him to a much darker underbelly of the island than he knew existed.

The movie is supposed to take place in Hawaii and does often motion the current issues facing the island including the tourism industry and the lives of the Indigenous population and the impact of what tourism does to the island and culture as a whole. It mentions the issue, but mostly from the tourist or even white settlers’ perspective, and how it impacts them. It seems that the larger issue is never fully breached or given the attention it should be. It probably doesn’t have a place in an action movie, but it was nice to see it addressed, even if briefly, to spark hopefully a deeper conversation. However, not actually addressing it, or really bringing full context to the conversation may not be as helpful as it could have been.

Paradise City is actually a fun movie to watch if you’re not expecting too much from it. With top names like Travolta and Willis, you’d expect a bit more of a high-quality action film. Instead, the audience is met with a lot of acting that seems forced and predictable moments. Yes, the movie will still offer you gun fights, some plot twists (that are a bit predictable), and of course action. But with the headlining actors, audiences will be expecting more. It is a decent popcorn movie that will take you to a beautiful destination, as long as you don’t think too hard about the actual issues that it almost tries to address.

Paradise City will be in theaters nationwide this weekend.

Movie icons and Pulp Fiction costars Bruce Willis and John Travolta face off in this action-packed thriller. When bounty hunter Ian Swan (Willis) is shot and presumed dead after disappearing in Maui waters, Swan’s son, Ryan (Blake Jenner), his ex-partner (Stephen Dorff), and a local detective (Praya Lundberg) set out to find his killers. After being threatened by a ruthless power broker (Travolta), it appears Ryan and his team are out of options — until an excursion to the closely guarded island community of Paradise City unites them with an unforeseen ally.