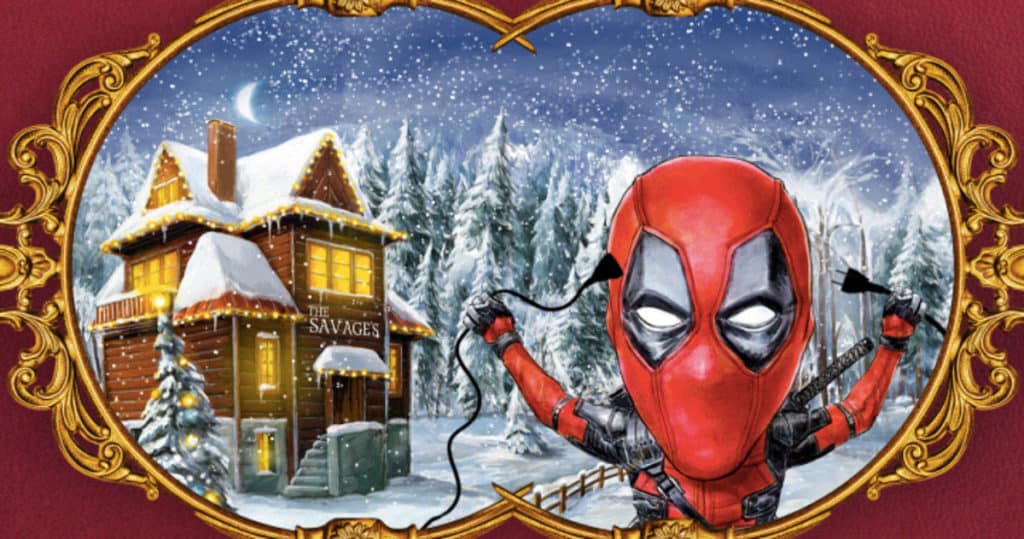 With the holiday season upon us, we’re getting a special gift from Fox this year – a family friendly Deadpool! Well, sort of, not really. We’re getting a PG-13 version of Deadpool 2 in theaters that you can take your kids to. There is no way you could remove what it would take to make Deadpool PG or G and have enough to be called a movie left over. But what do these changes do to the movie and will it be something you want to show to your kids?

Unlike my normal reviews, this one will have spoilers – but since 90% (or more) of the movie has already been seen by fans, take this as your warning if you don’t want any spoilers.

Once Upon a Deadpool isn’t a cash grab like people are suggesting but basically a “Deadpool light” similar to how the movie is a bit of a Marvel light movie. It brings the Merc with the mouth back to the screen, but he’s telling the story of Deadpool 2 to Fred Savage ala The Princess Bride in a story book format. This means the fourth wall is broken more than usual and references to more comic book lore and dorkiness that fans will love.  Fred Savage is being held hostage during the story telling, or “forcefully relocated” for comic relief.

The story is essentially the same as Deadpool 2 except it has been edited down to remove any of the F-words (except the biggest F word of all Family), remove nudity (it is blurred) and any real gore in the movie. There is still a lot of violence and a lot of swearing throughout the movie. Including the hymnal styled “Holy Sh!t”. The movie still has sexual jokes and a few more added in but they are subdued and most likely will be missed by younger viewers. So kid friendly? Older tweens and teens yes, younger than that – most likely not.

Since this is a Marvel movie (sort of) be sure to look for the Stan Lee cameo, which was a nice nod and tribute to the man who started it all. And it also means there are after credit scenes. Stay in your seat through all of the credits, as a Marvel fan you should know that anyhow. The Deadpool movies always have extra scenes as well. But the after credit scene of Once Upon a Deadpool will most likely make you cry, a beautiful way to end the movie. We found ourselves leaving a movie we laughed through, quiet and with tears in our eyes.

Yes, you may have seen most of Once Upon a Deadpool already, but it’s a great alternative if you don’t feel your kids are old enough for the full version yet. It’s also a fun spin on the movie for fans. And if I’m completely honest, the after credit scene made watching the movie again absolutely worth the whole film.

Once Upon a Deadpool Trailer:

ONCE UPON A DEADPOOL:

ONCE UPON A DEADPOOL opens in theaters for a limited engagement this holiday season from December 12-December 24, 2018!