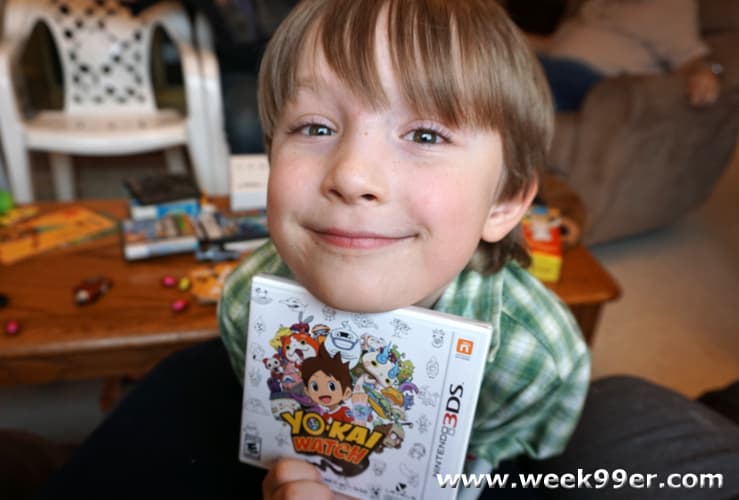 “This post was sponsored by Nintendo as part of an Influencer Activation for Influence Central. I received complimentary products to facilitate my review.”

Goonie just turned seven, and for his birthday he got his first gaming system, and a bunch of his own games. And as timing would have it, Nintendo sent us a copy of the all new Yo-kai Watch game to go with his system and for him to review. As soon as he saw the packaging he smiled and said “It’s Yo-kai! Just like the show!” The Yo-kai Watch game is based on the TV show, and is a craze in Japan – and is now making it’s way here to the states. 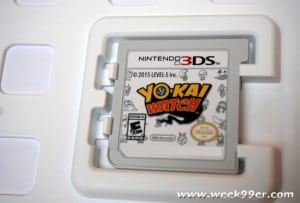 Have you heard of Yo-Kai Watch? It’s about a boy who has a watch that helps him find Yo-kai that can help him solve problems that other Yo-kai created. Yo-kai can resemble anything from inanimate objects to mythical creatures. Have you ever forgotten your keys or found yourself running late? Maybe a Yo-kai is to blame. Players must find and befriend these mischievous Yo-kai that inhabit the world and turn them into a team that battles other Yo-kai. The game is a lot of fun even for adults as well as kids, and is available on Nintendo 2DS, 3DS,or 3DSXL. 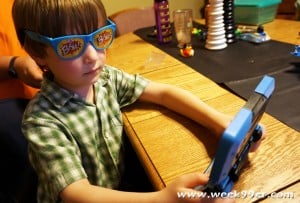 As soon as Goonie got his hands on his new gaming system and his Yo-kai Watch Game he was hooked, and you couldn’t tear the game away from him. It took him a little bit of time to figure out how to get games in and out of the system, but we didn’t even have to teach him how to control the game! He comes from a long line gamers, so I’m pretty sure it’s in his blood. He spent hours playing the game, and you couldn’t get his attention while he was playing.

It was about this time last year that a lot of Goonie’s friends started getting their own Nintendo DS gaming systems, and he started to see how fun having a gaming system of his own could be. After a long day at school he wants to play games or unwind in his own way. After a long day of learning, he just needs to play and he absolutely loves playing his own games, and not having to worry about fighting his Dad for the TV to do so! Yo-kai Watch has been so fun for him to find the Yo-kai characters, and find the fun and mischievous adventures on his own.

But Yo-kai fun doesn’t just exist in the game or on the show – you can get a preview of the game, check out Youtube videos, toys and more on the Nintendo Yo-Kai Watch website. Are you ready for some Yo-kai Watch fun? Nintendo is giving one of my readers a copy of Yo-kai watch for your 3DS. Read how you can win it below!

Enter to win with the form below. Are your kids a fan of Yo-Kai Watch show? or What is your favorite part of the Nintendo Yo-Kai Watch Game? If you do not do this entry – you will not win! So make sure you leave a comment and then enter using the form below!

Contest entrants are only eligible to win once per sweepstakes, per household as a part of a campaign sponsored by Influence Central and must reside in the United States.