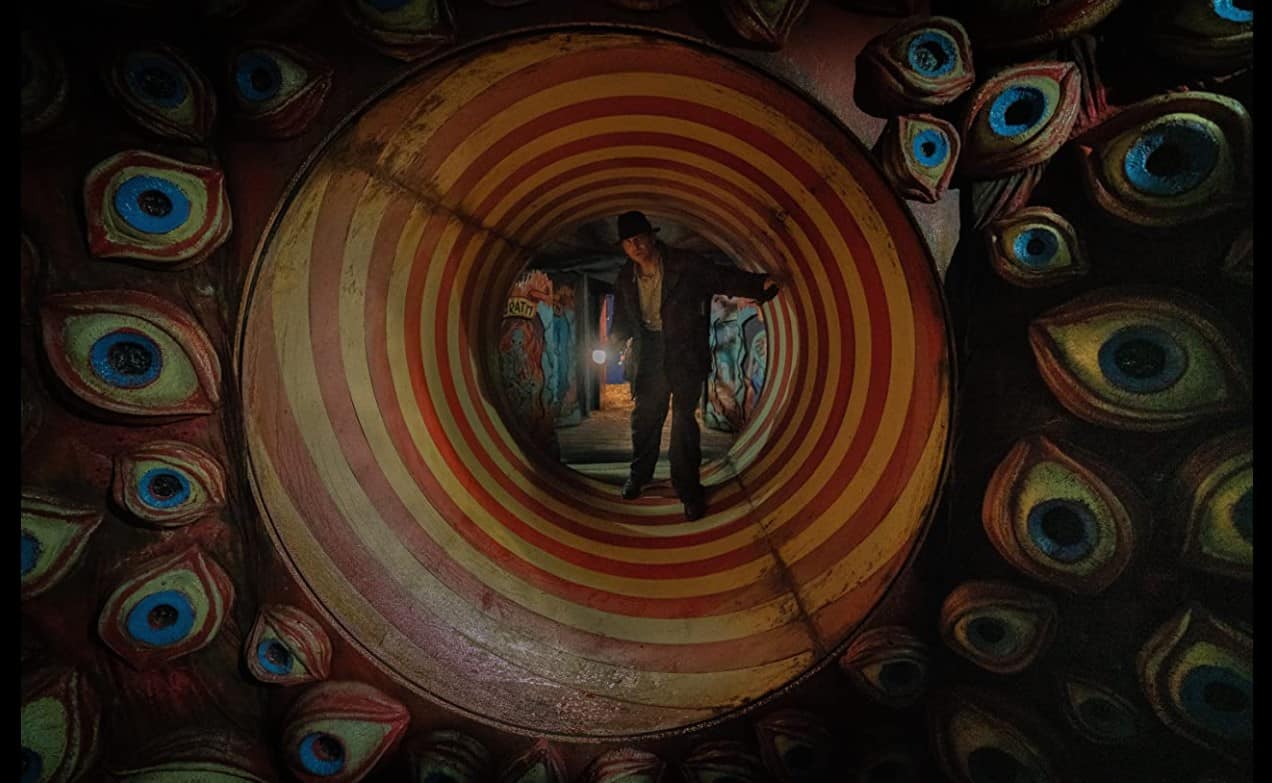 When I go to see a film or show by Guillermo Del Toro, I’m expecting a visual feast. Albeit often a dark one with a look at the other side of things, but something that is there to please your eyes as well as a great story wrapped up in the world he creates. But Nightmare Alley only seems to deliver on part of that.

The movie follows Stanton Carlisle (Bradley Cooper) as he runs from his dark past and begins his life as a carny and a con man. Set in the 1940s, the movie almost has a bit of a dingy appearance, darkness that it already has over it as it starts. Leaving his past behind, Stanton starts doing odd jobs and slowly beings learning his way through performing and using people’s insecurities as a way to financially benefit.

The first half of Nightmare Alley – I was completely committed to. The carnival, the styling, the freak shows, and even the embalmed creatures in jars. It was that right combination of creepy, dark, and gritty I was looking for. Even if the story did drag quite a bit through parts – the rest still had me hooked. Unfortunately, the story and movie don’t stay there.

Instead, Nightmare Alley seems to amble its way into the city. A glitzy and beautifully portrayed art deco period piece that seems almost disjointed from the first half of the movie. Characters seem to lose their way, or even purpose, and Cooper’s character quite actually loses his way. While visually interesting, the story gets slower and seems even weirder. It almost seems like the movie’s story had a path and it just got lost as it went.

Yes, Nightmare Alley is visually interesting – but it seems like it’s two movies mashed together. It lost its gleam part way through and never quite found its way back to being something interesting. And the ending, while sad, is perfectly predictable, which was disappointing as well.

It seems that the movie is one that will have audiences torn on if they love or hate it – and we’re not quite sure where we stand on it even a couple of weeks later. Nightmare Alley is in theaters on December 17th.

In NIGHTMARE ALLEY, an ambitious carny (Bradley Cooper) with a talent for manipulating people with a few well-chosen words hooks up with a female psychiatrist (Cate Blanchett) who is even more dangerous than he is.