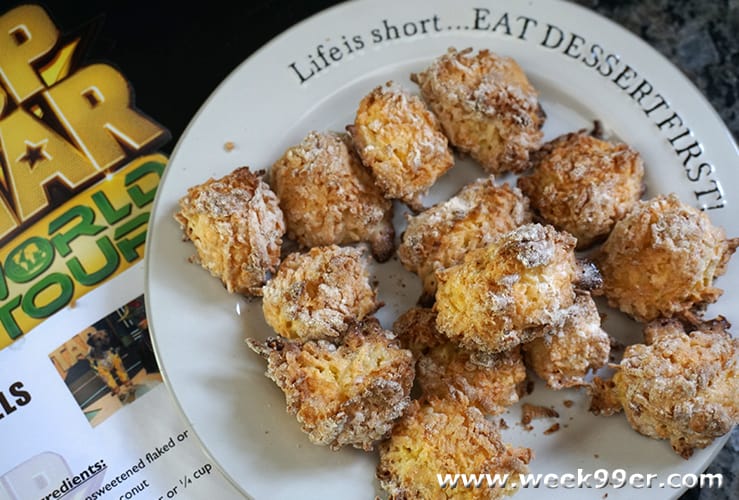 One of our favorite things to do when traveling is trying to flavors from around the world. All over, there are new takes on food we would never think of and it’s a fantastic way to experience new cultures and different parts of the world. Pup Star: World Tour takes our favorite singing dog competition all over the world and with the movie comes some delicious takes on the regions the show goes to.

We were sent a Pup Star: World Tour Recipe box with tools to help us make some international recipes for the movie. Inside were recipes for Chinese Almond Cookies, Nigerian Coconut Balls, Indian Garlic Naan, and Mexican Street Corn. We knew most of the recipes, but the Nigerian Coconut Balls were new to us, and with only four ingredients were something we wanted to try out. This recipe is so easy to make, and one you can throw together in no time. You wont be disappointed in this recipe when you go and make it yourself.

See how easy these are? They’re so good too! We’ve got a fun reader giveaway below – make sure you read how you can win as well!

Watch how quick and easy it is to make these cookies here: 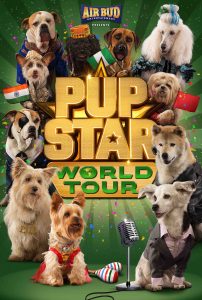 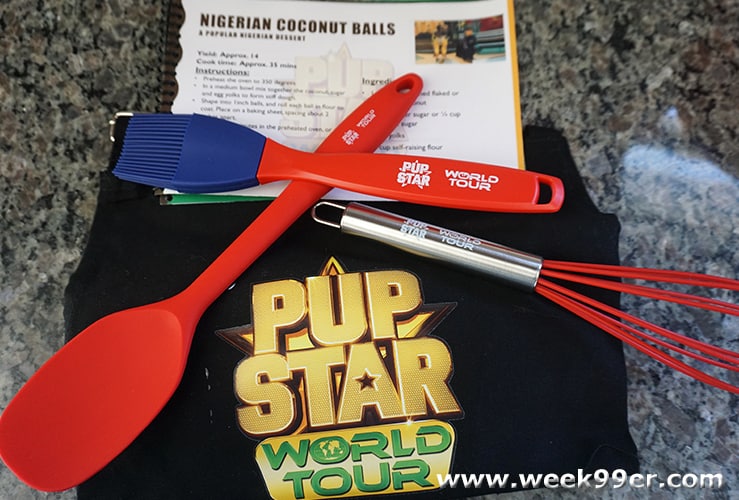 We’re giving a great prize package away to one of our readers! You can win a Pup Star World Tour Spatula, Whisk, Spoon and Apron! Read how you can win below.
How Can You Win?
Enter to win with the form below. Let us know who your favorite Pup Star character is? Which of the four recipes would you make? If you do not do this entry – you will not win! So make sure you leave a comment and then enter using the form below!
Entry-Form

Day Shift Takes Viewers Back to the Camp Horror Genre

Get Passes to a Screening of Three Thousand Years of Longing