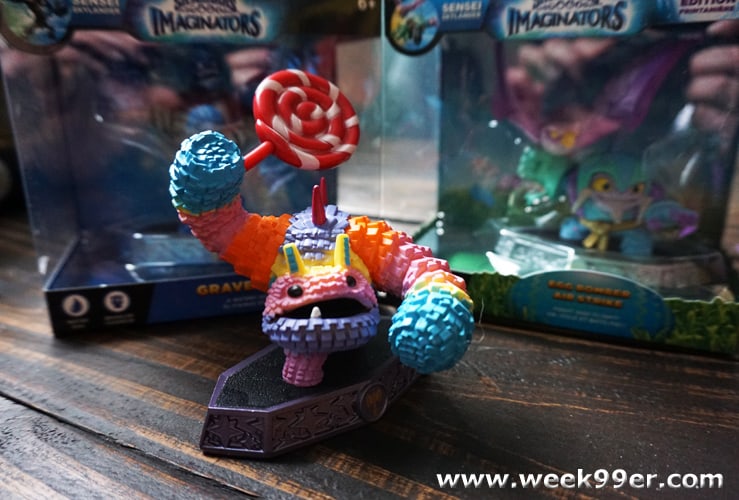 This year, Easter baskets are going to become a lot more powerful. Activision just released some new Sensei for Imaginators that are not only in fun bright colors that are perfect for the holiday, but a great addition to the new game. Activision sent us the newest Imaginators releases – Paint Yata, Grave Clobber and an Easter Exclusive Egg Bomber Air Strike. All of the new characters open new levels for your characters in your Imaginator games, and bring in new skills you can learn as you go.

We love the pop of color, and they’re going to be a huge hit when the Easter bunny slides them in the basket this year! All of the new characters are available to order now so you can get them in time for Easter. Check out the new character’s back stories and what they can do to add to your game! 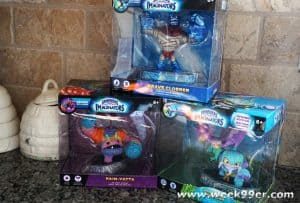 Before he began training Brawlers, Air Strike trained birds especially the rare Blue Zephyr Falcons. They were once one of Skylands’ most endangered species, but Air Strike taught them how to defend themselves from predators and not fly into windows. Birds would come from all over Skylands to learn his proven techniques. But despite their new defensive skills, the Blue Zephyr Falcons continued to be hunted by a band of evil trolls, who liked to use their eggs in blue-bacon omelets. So it was time for Air Strike to strike back! He journeyed to the peak of the Zephyr Mountain and single handedly took down the trolls, rescuing the stolen eggs. After returning them to their mother, one of the eggs hatched, revealing a very energetic Falcon that would not leave his side. Air Strike named him “Birdie” and together, they now use their skills to train Skylanders, despite Master Eon’s crippling fear of falcons.

Grave Clobber was once a great pharaoh who ruled the Golden Desert long ago. That was until his seven jealous brothers buried him in an underwater tomb while he was sleeping. But the remaining brothers still fought among themselves, and their infighting ultimately led to their kingdom falling apart and the family name being lost forever… almost. Because Grave Clobber eventually rose from his watery grave, and when he discovered what his brothers had done to their kingdom, he hunted each of them down and clobbered them. This was how he came to the attention of the Golden Queen, who now ruled the desert herself. She recruited Grave Clobber into her gang of Doom Raiders, but when the Skylanders defeated them once and for all, Master Eon thought that perhaps there was more to this mummy than meets the eye. He gave the old pharaoh a chance for redemption, and since nobody clobbered better than Grave Clobber, he was the perfect choice to be a Sensei trainer for the Brawler Class.

Growing up, Pain-Yatta’s best friend was the legendary Unocorn, a unicorn with a churro-horn that sprinkles magical cinnamon from time to time. While the cinnamon donuts for breakfast were incredible, being so sweet and delicious made them both easy targets for those looking for yummy treats. But Pain-Yatta had no problem protecting the both of them with his giant sucker! One day, however, the Unocorn went missing, and Pain-Yatta was beside himself. He tried desperately to find his buddy, but to no avail. That’s when the Doom Raiders tricked him into thinking that the Skylanders were behind it all, and Pain-Yatta fell for it hook, line and sinker. He joined up with the band of villains and ventured out to get revenge on the Skylanders, but was eventually captured by the Trap Masters. Master Eon explained that the Skylanders had nothing to do with the Unocorn’s disappearance and said he would help Pain-Yatta find his friend, if he became a Skylander Sensei and trained new Imaginators in the ways of smashing! Pain-Yatta agreed and the search for the missing Unocorn continues.