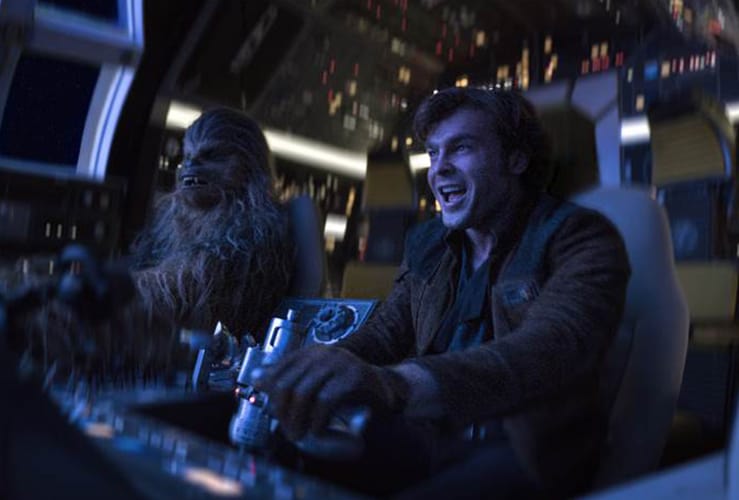 We may have missed May the 4th (be with you), but today is Revenge of the Fifth and we have a great new clip from the upcoming Solo: A Star Wars Movie. The clip is only about a minute long but puts us in the middle of a fight on the Millenium Falcon where we see our crew going at warp speed and away from shots of their enemies. This is the moment that Han not only learns that Chewie can fly, but is 190 years old. He does look good for his age doesn’t he? Just how long do Wookies live?

Tickets are now on sale everywhere that tickets are sold! For more information about in-theater events and giveaways visit StarWars.com. SOLO: A STAR WARS STORY opens in theaters everywhere on May 25th!