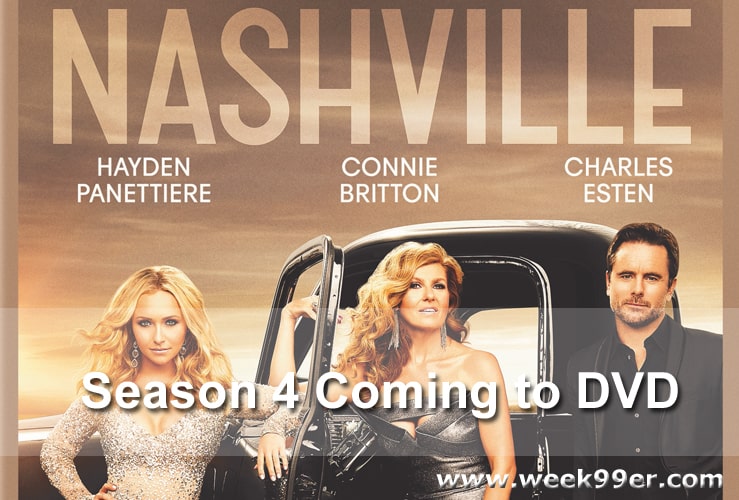 Music, romance, scandal and more – Nashville’s 4th season is coming to DVD in one collection in February! The five disc collection has over 900 minutes of the show and special features for fans and includes all of the original 21 episodes. The intoxicating show’s 4th season featuring exciting musical performances – with Nashville: The Complete Fourth Season on DVD February 21st. Find out more about the release below. 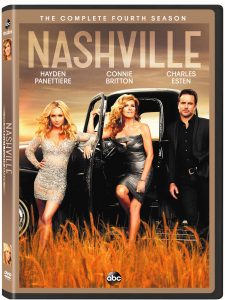 With more heart-stopping romance, roof-raising drama, and game-changing twists, Nashville cranks up the heat in its scorching fourth season.

For Rayna Jaymes (Connie Britton) and Deacon Claybourne (Charles Esten), the road to intimacy is rocky as ever. Devastated by his sister’s death, jealous of Rayna’s focus on a sexy recording artist and unsettled in his new role as Maddie’s father, Deacon lashes out, forcing Rayna to make some agonizing choices. And, despite having a new baby and a hit movie, Juliette Barnes (Hayden Panettiere) is spiraling downward in a haze of partying, drugs and booze after her split from Avery. When her manager, Jeff Fordham, tries to intervene, his resulting tragic fate prompts an anguished Layla Grant to seek the ultimate revenge on Juliette. Meanwhile, Scarlett and Gunnar are finally enjoying success as “The Exes,” but the fallout from their volatile past and the strain of their explosive on-again, off-again affair threatens to destroy their fragile partnership.

Indulge in the passion and guilty pleasure of all 21 tantalizing episodes – featuring exciting musical performances – with Nashville: The Complete Fourth Season on DVD.