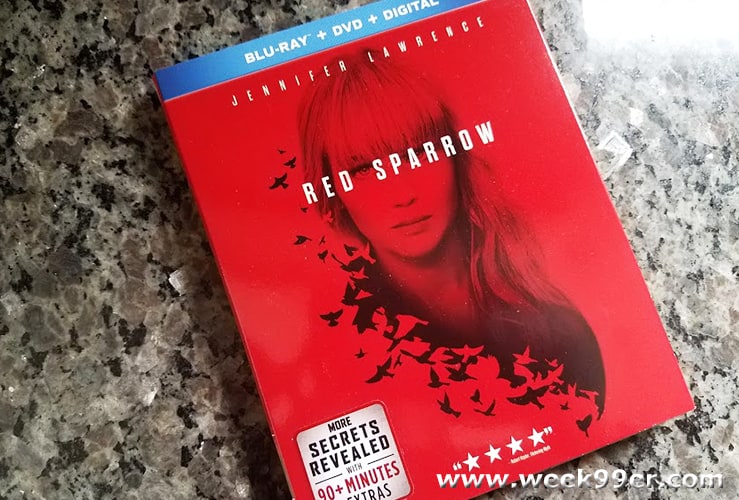 Jennifer Lawrence depart away from most other roles she’s done in this spy thriller.  She starts off in one of the poorer districts in Russia as a ballet dancer looking after her mother, but then he future is radically altered, causing her to take an offer that would sound crazy to most.  We get to see her training, which is both surprising and not for a Russian program.
The game begins when she leaves her training behind and meets an American CIA agent.  Trying to figure out who is the bad guy, who is the trader, and who’s side Red Sparrow is only half the fun.  There is also a detective story in there somewhere and you will just have to see how it all ends.
Watching the movie on Blu-Ray is pretty dang cool.  There are some things I missed before and I will definitely be adding this one into the rotation of films I watch.  The disc pulls back the curtain on some of the behind the scenes and the how and why some of the things that made this movie a fun ride and worth a closer look with the roughly eighty minutes of features and deleted scenes.
Red Sparrow is now available everywhere on Blu-Ray, DVD and Digital HD.

Who can you trust? Twentieth Century Fox Home Entertainment presents a suspense-driven spy drama RED SPARROW available on Digital and Movies Anywhere today.
In this international spy thriller, Academy Award® Winner Jennifer Lawrence is Dominika, a former ballerina forced to enter Sparrow School, a secret government program that thrusts her into a treacherous espionage game between Russia and the CIA. She emerges trained as a lethal agent, but is trapped in a world she desperately wants to escape. Red Sparrow “twists and turns until the shocking conclusion” (Andrew Freund, Dish Nation, FOX-TV) – you will not see coming.

Director Francis Lawrence (Hunger Games: Catching Fire, Mockingjay Parts 1 & 2) reunites with in this edge-of-your-seat spy thriller. RED SPARROW includes over 90 minutes of bonus material that takes you inside the making of the film, exploring real-life source material with the author, cast commentary, deleted scenes and much more.