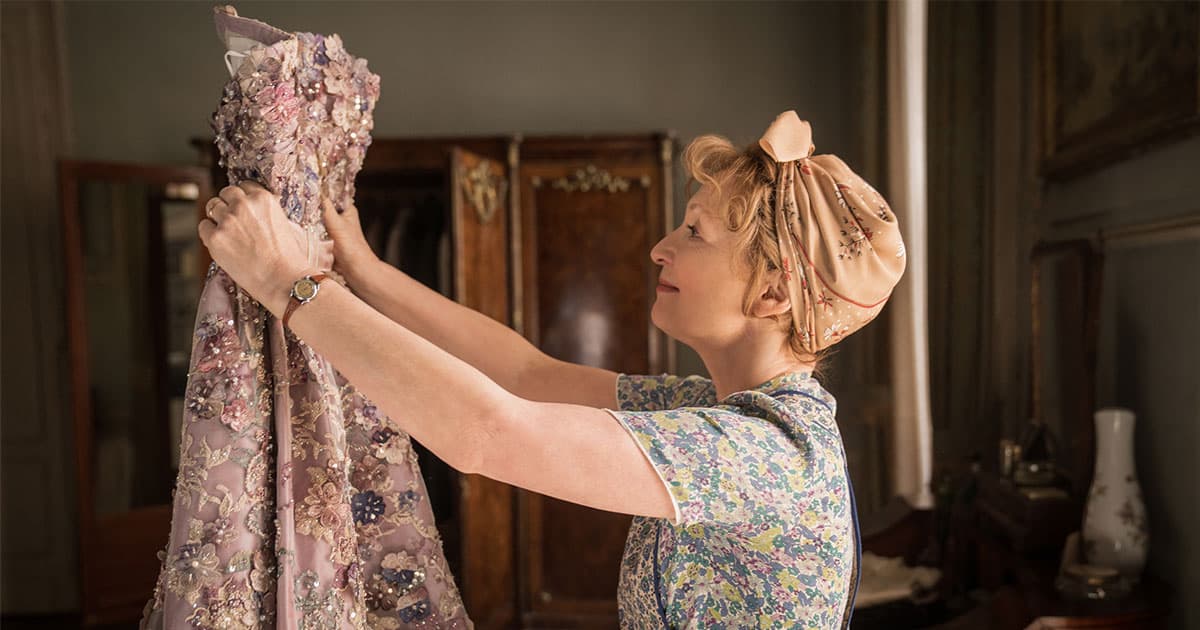 Without fancy special effects and intergalactic wars, Mrs. Harris Goes to Paris is about to win over audiences. No, it’s not a face-paced movie and at times it takes its own time telling the story, but at the heart of it, the movie is simply charming and sweet.

Set in the 1950’s, Mrs. Harris Goes to Paris follows the story of a British Housekeeper who is setting off on an adventure of a lifetime after she falls in love with a haute couture dress designed by Christian Dior. After spending years waiting for her husband to return from the second world war, Ada Harris starts taking life into her own hands and betting on things to make her dream of owning a Dior dress a reality.

But, as the movie points out in several ways, Ada is too trusting and a bit naive about the world. In a time before fast fashion, she doesn’t realize that each and every Dior dress is custom made, and not available everywhere. But while Ada makes her way to Paris to achieve her dream, she’s tossed in the middle of a Dior season show, meeting models and seamstresses that are just as fascinated with her – a housekeeper who is buying a designer gown.

The movie does have characters that you will love to hate, and ones that will make you watch the movie all over again. This pocket-period piece is one that is nothing short of charming, making you root for the little guy as Mrs. Harris not only reaches for her dream but finds out how much she actually brings to the table and starts to shape her future for herself.

Mrs. Harris Goes to Paris is hitting theaters nationwide this Friday. There are a few moments in the movie that aren’t up to the same standard as the overall movie, it is one that quickly will steal your heart. You feel for Ada, you can relate to her and this charming movie is one that you’ll want to watch again.

About Mrs. Harris Goes to Paris:

MRS. HARRIS GOES TO PARIS is the enchanting tale of a seemingly ordinary British housekeeper whose dream to own a couture Christian Dior gown takes her on an extraordinary adventure to Paris.