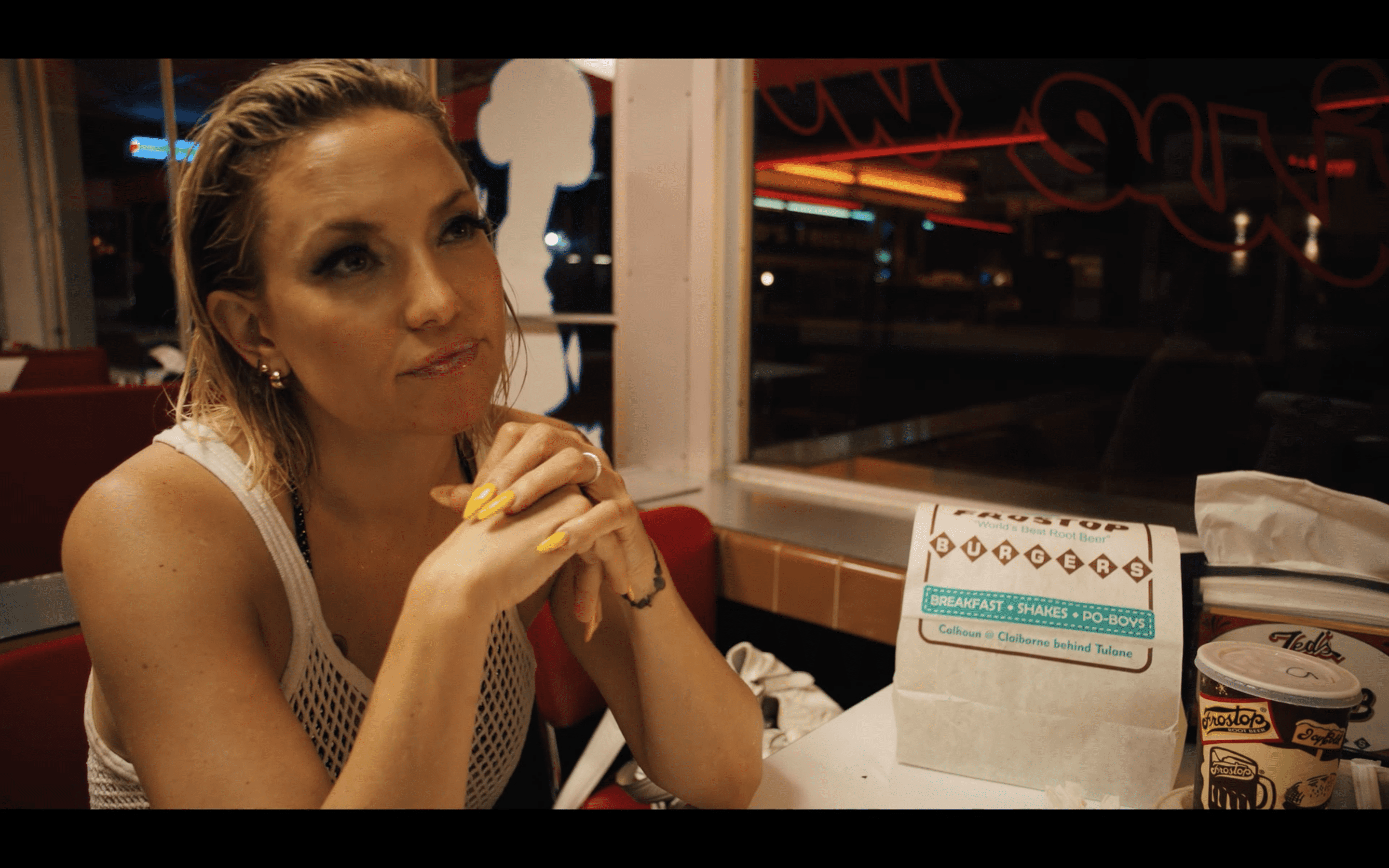 With a bit of a rougher start, Mona Lisa and the Blood Moon has all of the elements to make an interesting film – but somehow it gets lost on the way. Mona Lisa is a mental institute escapee, one who has been locked up for the last twelve years. Despite the straight jacket, she’s able to escape by using mind control. There’s no real explanation of how she got there, why she is there, or if this is a new ability (and if it is why she didn’t use it over the last twelve years). Instead, you’re dumped right into this supernatural occurrence and story.

Of course, that could easily be explained as the movie takes place in New Orleans. The weird and mystic happens there all the time – so why not this? But as soon as Mona Lisa escapes her, and her ability are instantly taken advantage of. First from a guy who sees her, as he later claims “his soulmate” but more as an easy target, and later by a stripper who takes her in but uses her to bilk money from patrons and people on the street.

The movie is really all over the place. It seems like it has a hard time focusing on if Mona Lisa is in control of the situation or if escaping the mental institution just put her into another type of cage. Add in possible child abduction and incompetent cops, and the movie doesn’t seem to have a direction in its story or real draw to watch it more than once. With the large names in the movie, we though the film would have a lot more potential than it actually did.

Simply put, Mona Lisa and the Blood Moon is confused about the type of movie it wants to be, which leaves viewers even more confused. It’s not quite supernatural, it’s not true crime, there’s not enough drama to make it compelling and the movie has a less than satisfactory ending. A potentially interesting concept ended up a bit of a confusing mess. Mona Lisa and the Blood Moon will be in theaters, on Digital, and On Demand this Friday.

About Mona Lisa and the Blood Moon

Kate Hudson and Jun Jong Seo star in this mind-bending thriller from visionary director Ana Lily Amirpour (A Girl Walks Home Alone At Night). When a struggling single-mother (Hudson) befriends a mysterious mental institute escapee with supernatural powers (Jong Seo), she sees a lucrative opportunity to make some fast cash. But when they draw the attention of a detective (Craig Robinson), their luck starts to run out as the cops close in on their crime-spree.