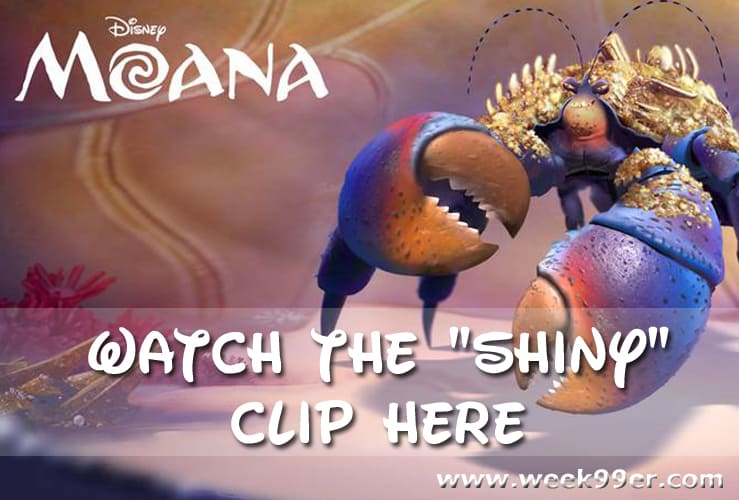 Have you checked out Moana yet? If you have, you’ll know the movie is filled with musical gems and and one of them is the song Shiny. Anyone has a “Oh look a Shiny” syndrome will appreciate the song. The song is written by Lin-Manuel Miranda and performed by Jemaine Clement and one you will love. In this scene Moana and Maui are trying to get Maui’s sword, but it’s on the back of a giant crab who collects anything Shiny. Check out the clip below, and head out to see Moana while it’s still in theaters – you wont regret it!