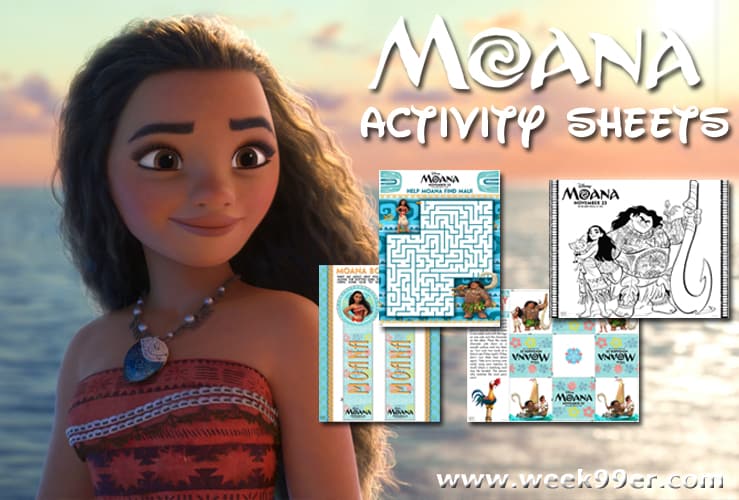 We’re getting really close to the newest Disney Princess release – Moana will make her way to theaters in November. We’ve only seen a glimpse of the movie through trailers and teasers, but Moana has already captured our hearts. The beautiful Princess who is strong and full of history and culture is about to make waves. Today, Disney has released some fun printable activity sheets for the movie including a matching game, book marks, mazes and coloring sheets. All you have to do is click the links below, save and print!

Check out the official trailer below:

Check out Moana on the official website or follow Moana on Facebook,Twitter,Instagramand Tumbler. MOANA arrives in theaters everywhere on November 23rd!