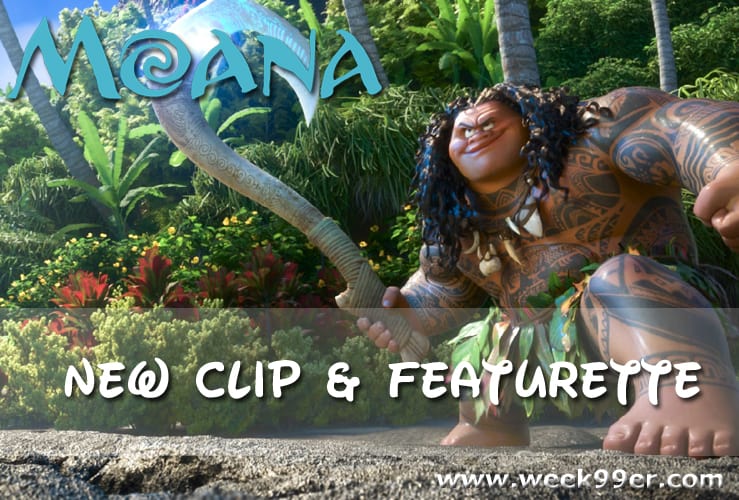 The images from the upcoming Moana film are absolutely beautiful. We can’t wait to see the movie and each new clip and featurette has our excitement growing. Disney has released new clips and a featurette for the movie, you should watch before you head to theaters next week! MOANA filmmakers invite moviegoers to venture behind the scenes with “The Way to Moana.” Featuring commentary from filmmakers, voice talent, songwriters, and key advisors from the Pacific Islands, the new featurette dives into the research and collaboration that went into the film, helping to ensure the story celebrates the Pacific Island cultures that so deeply inspired it.

Also available is a look at the stunning realization of the original song “We Know the Way.” Written and performed by Opetaia Foa‘i and Lin-Manuel Miranda, “We Know the Way” showcases the rich and vibrant voyaging life of Moana’s ancestors.

Check out the new clips below and be sure to check out Moana in theaters next week!

“The Way to Moana” featurette

“We Know the Way” film clip