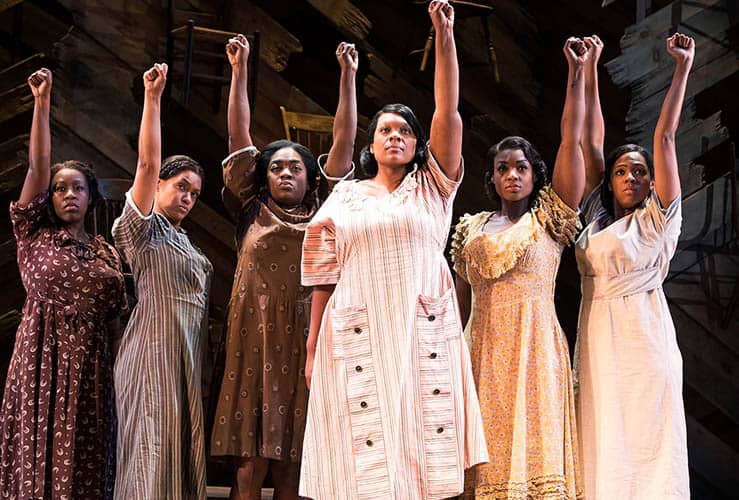 We had the pleasure of attending BROADWAY IN DETROIT presents The Color Purple at the beautiful Fisher Theater. No one visiting the Fisher should arrive without taking time to explore the beauty and historic opulence of the building itself. It is truly an experience without even seeing a production. While waiting for the doors to open we explored and every time we go we find new beautiful areas. The Color Purple had a photo blackout so there are no pictures but the experience and production was mesmerizing and no photos were necessary.

The stage seemed sparse and there were very few props but once the artists began their singing the audience was magically transported to the 1930’s in rural southern America. 14 year old Celie and her younger sister Nettie set the scene while introducing the audience to the cultural problems of black social positions in America. The pure sweet voices carried us through the complicated family relationships of Celie, her forced marriage, and her quiet strength to endure in adversity.

Every time that we thought we had laughed (and teared up) and it couldn’t get better, Shug Avery and Sophia had us cracking up with their antics and reactions to the situations. The voices of the actors were pure and powerful as they carried us on a beautiful journey that had enthralled the entire theatre audience. Whether the singing was by the males or females, it was an unforgettable experience that should not be missed. Honestly it was one of the best performances I have ever attended.

Direct from Broadway, THE COLOR PURPLE is the Tony Award-winning revival of the truly remarkable musical adapted from Alice Walker’s best-selling novel. Directed by Tony winner John Doyle (Sweeney Todd and The Color Purple), the critically acclaimed revival will come to Detroit from November 7 – 12 as part of a North American tour.   Tickets start at $39 and go on sale Sunday, September 10 at all Ticketmaster locations, by phone at 1-800-982-2787 and online at www.broadwayindetroit.com or www.ticketmaster.com.   Starting Monday, September 11, tickets will also be available for purchase at The Fisher Theatre Box Office.

Hailed as “a direct hit to the heart” (The Hollywood Reporter), this joyous American classic conquered Broadway in an all-new “ravishingly reconceived production that is a glory to behold” (The New York Times) directed by Tony winner John Doyle.

With a soul-raising score of jazz, gospel, ragtime and blues, THE COLOR PURPLE gives an exhilarating new spirit to this Pulitzer Prize-winning story.

Don’t miss this stunning re-imagining of an epic story about a young woman’s journey to love and triumph in the American South. The musical sensation that New York Magazine calls “one of the greatest revivals ever.” Experience the exhilarating power of this Tony-winning triumph!

Performance times for THE COLOR PURPLE appearing November 7-12, 2017 at The Fisher Theatre, located at 3011 West Grand Blvd., in Detroit are:

Tickets for of THE COLOR PURPLE start at $39 (includes facility and parking fees) and will go on sale September 10 at all Ticketmaster locations, by phone at 1-800-982-2787, and online at www.broadwayindetroit.com or www.ticketmaster.com. Tickets will also be available for purchase starting on September 11 at The Fisher Theatre box office.  A limited number of premium seats will be available through Ticketmaster and at The Fisher Theatre box office. For group sales (12 or more) please call 313-871-1132 or email groups@broadwayindetroit.com. Tickets for the Open Captioned performance may be purchased in person at The Fisher Theatre Box Office or by phone at 313-872-1000, ext. 0. Performance schedule, prices and cast are subject to change without notice. 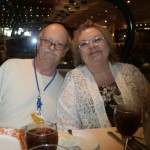 Les Misérables coming to the Fisher Theatre This Winter

Hamilton Returns to Broadway in Detroit Line Up