For over three decades, Michigan Central Station has sat at the edge of the city and loomed over the surrounding neighborhoods. The building has been a symbol for different things for different people. For some, it has been a sign of the blight in Detroit. Others see it a symbol of the past and where the city once once. And still others see it as a possibility of the future. Thankfully, Ford Motor Company is in the last camp and purchased the building from the previous owners who had let it fall into disrepair since the station closed in 1988.

The Past – Where It Started 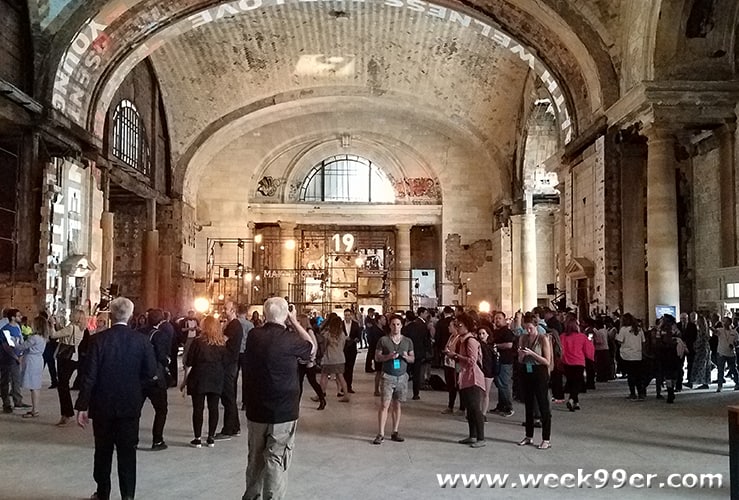 There have been hundreds of ideas of what you could do with the station over the past thirty years – including everything from tearing it down to the headquarters for the Detroit Police. But the building started with a much more glamorous past than the graffiti-ed facade would lead you to believe. It was built in 1913, by architects Warren & Wetmore and Reed and Stem firms who also designed New York City’s Grand Central Terminal. This was a time of prosperity in the city of Detroit, when we were often called “The Paris of the Midwest”. The center of culture, innovation and everything. The building was a gilded Beaux-Arts gem that welcomed millions of visitors to our city. The upper levels had offices while the main lobby level offered shopping. Despite the fame of the building, the upper two floors were never completed of the building.

The Downfall – What Went Wrong

Throughout the decades, declining reliance on the rail industry meant less trains. The motor city as always focused on cars, and that meant less business for the station and Amtrack that was calling it home in the later part of it’s life. In 1988, the last commuter train, #353 left Michigan Central Station and the station was closed shortly after.

When the station was closed, it was shuttered but it didn’t keep vandals out. For decades the building has been a destination for urban explorers, a refuge for homeless and took the worst of the weather head on. Three decades of misuse and looting means many of the original elements are missing, but the building still stood over the city.

Despite hundreds of ideas for the building, the cost to renovate the building has been considered by most as too high. And at one point, the city of Detroit even said the building was too expensive to tear down.

The Future – Bringing Innovation Back to CorkTown

Earlier this month, Ford Motor Company purchased the building from the previous owners. Despite the building have a large amount of disrepair, the Ford family sees the opportunity to bring this gem back. The buildings location in Corktown make it the perfect epicenter for innovation for small businesses. They will be moving their Mobility department to the building after the renovation is completed in about four years. This will bring 5000 workers to the building, as well as a publicly open lobby featuring local artists, small businesses and more.

Ford is letting the public into the building before they start their four years of rennovation.

By Becky 12 mins ago