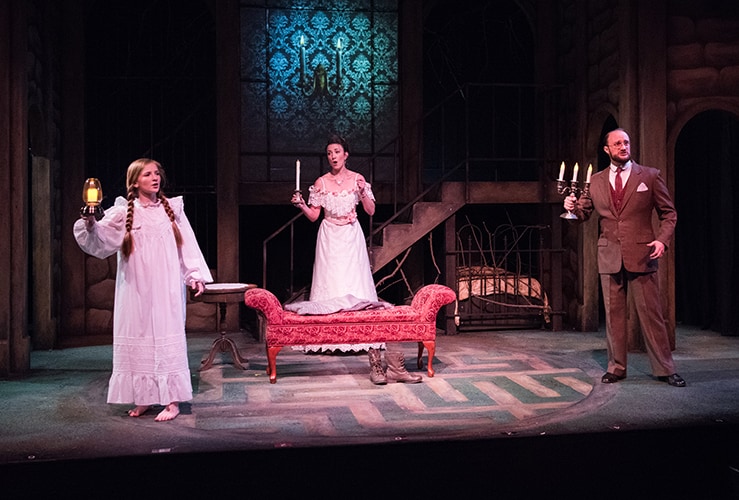 To meet Katie Maupin is to fall in love with her. This vibrant 12-year-old is everything that is right with the youth of today all rolled into one package. Katie, a vibrant  honor student with an infectious laugh from Foster City is just your typical teen who is in the midst of studying for winter finals, loves to dance, is from a big close-knit family and just happens to be the star of 42nd Street Moon Theater’s production of “The Secret Garden”  which opens December 6 at San Francisco’s Gateway Theater and runs throughout the holiday season. 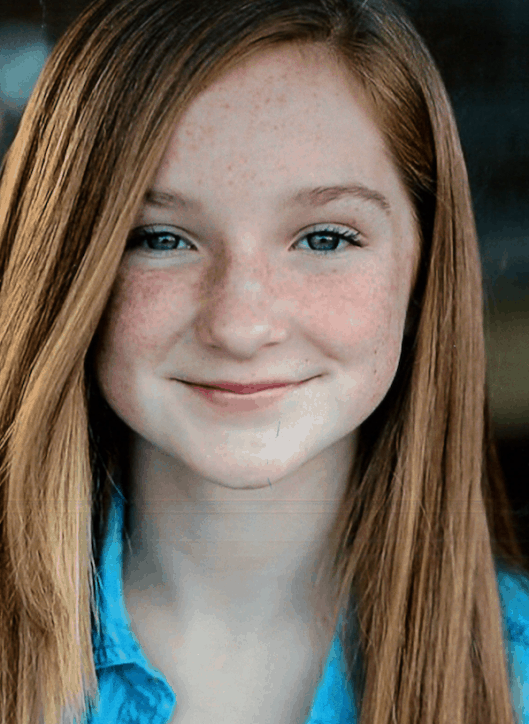 And once you sit down to talk to Katie and see her perform and hear her sing, there’s no doubt why she won the coveted role-Katie Maupin was born to be on stage. Based on the classic English children’s novel, “The Secret Garden”  is the beautiful and haunting story, which first debuted in 1991 on Broadway featuring a Tony-winning score and book by an all-female creative team. It tells the tale of 11-year-old Mary Lennox who during the late 19th century, is orphaned in India and comes to Yorkshire to live with her reclusive uncle and invalid cousin. There she discovers a mysterious and seemingly enchanted garden, and all three come to know forgiveness, renewal and hope. Each night when the curtains rise, all eyes will on one Miss Katie Maupin, who 3 years accidentally came upon the world of theater when a friend asked her if she wanted to be in a show with her, and the rest, as they say, is history.  I had the chance to sit down and talk to the young actor on behalf of my friends at Week 99er  and learn more about this dynamite teens journey to the lead in one of San Francisco’s biggest shows. How did you first come to the world of performing?

“I had always danced ever since I was little but about 3 years ago, a friend of mine, who had been performing with our community theater program asked me to come with her and audition for “Willy Wonka Jr.” I went not knowing what to expect but I ended up with the role of the Candyman. In the beginning, I didn’t know anyone in the company but my friend knew a lot of people and as rehearsals went on I made a lot of new friends who are still my friends to this day and are so incredibly supportive of me and everything I do.  I was pretty nervous on opening night but  I got more comfortable with what I was doing over time and it was just a great experience because it brought out the confidence in me.” How did you go from part of your local theater company to being the lead in “The Secret Garden”?

“I had a friend that I had met doing shows and who I had been in “To Kill A Mockingbird” with who was auditioning and he suggested that I audition too. Because we’ve been in many shows together, it seemed like fun so I decided to go for it. I practiced for weeks and weeks preparing for the role, and after my first audition, a few days later I got a callback to come back in.  I was so nervous but I also knew that I had done the very best that I could, I was well rehearsed and whatever happened, I would be happy with.  A few days after the callback, my dad got a phone call letting me know that I had gotten the part and I was so excited not only to be given this huge opportunity to play this role but to be doing it with one of my closest friends who is also in the cast.”

What is the biggest difference in going from your local theater company to a professional production in San Francisco?

“Everything moves a lot faster with this. With the theater group that I had been in over the last 3 years, we would have months to rehearse and learn our roles, songs, and dances and then when it came to the actual performances, there would only be one or two shows. With “The Secret Garden” the rehearsal period is very short, and we are expected to come in ready to go as it is a professional production. I have been so lucky to be surrounded by such an exceptional cast who welcomed me with open arms and always treated me like an equal, but did understand that I was still much younger than they were and they have all been by my side helping me every step of the way, especially Barry Watson who also stars in the show with me as well as being the set designer. He is an incredible talent and very giving and I was able to learn so many of the things that I needed by just sitting back and watching how he approached it. It was almost like I was a sponge taking it all in and to be given this chance to not only be a part of this production but learn from the best I am so grateful.”

With still being in school all while starring in a Tony-award winning show, what’s your typical day like?

“Most of the rehearsals have been at night so I will go to school during the day, and make sure I try to find that right balance to keep on top of everything that I need to do. I use the drive from Foster City into San Francisco to do my homework, and also always have it with me so I can work on it during times when I am not on stage or rehearsing.  I am also really careful about making sure that I am staying healthy, eating the right foods and getting plenty of sleep each night which some nights is harder to do than others as it is such an exciting time in my life. I know that the key to this is to find a mental and physical health balance first, and then the rest will take care of itself.  I always make sure I leave time to hang out and just have fun whether it is with my friends or with my family and none of this would be possible without the support of all of them. I am so lucky in that everyone from my family to my friends to even my teachers have been so incredibly supportive of me during this process and none of it would have been possible without them.”

What were the most difficult scenes for you to play in “The Secret Garden”?

“Some of the scenes were very easy because the role of Mary and I are the same age so I could pull from that but much of the show is about loss-the loss of family, having to uproot your life and move to a place you’ve never been and with people that you’ve never met and suddenly learn how to start over. While Mary felt deeply that loss of her family and starting again and learning how to let go of the past and start a new future, I had never experienced anything like that before so I had to really look inside of myself and imagine what it must have been like for her, or even for people today that are my age and have to deal with this.”

What would be your dream role to play someday?

My ultimate dream role would be to play  Winnie Foster in “Tuck Everlasting” because she’s very adventurous, kind of a rebel, and different in so many ways. It is such a great part and it would give me a chance to venture out and try so many different things. I love the independence that Winnie shows and that she is not afraid of anything. It’s how we all should live our life-to take chances and be more than we ever thought we could be because if we don’t try, then we will never know if we can do it.

I’m a middle school theater arts teacher and all of my students all wanted to know the same thing-what advice do you have for them?

“Never take “No” for an answer would be the biggest thing I’ve learned. You may not always get the role you go in for and you may be disappointed at first in getting a different part than the one you are expecting but in the end, it is all in what you make of it and you will discover quickly that it is indeed the perfect part for you. Sometimes I’ve been a little sad at first that I wasn’t cast in the roles I auditioned for but then once I got into the rehearsal process I was able to see how the part they gave me was actually the perfect one for me because at the end of the day it is about being a part of a team, a part of the cast and all working and coming together to put on the best show that you possibly can. And every role that you play, all leads you to one step closer to where you are going on your journey both in theater and in your life. Some of my all-time favorite roles have actually been as smaller roles in shows and as part of the ensemble because they were still fun but in a different way.  But the most important thing I can tell them is to always do what makes you happy and always be yourself because when you do that, the world is yours and you can never go wrong.”

So what’s next on the horizon for you? What will we see you doing after “The Secret Garden” finishes its in San Francisco?

“I know that I want to stick with theater and see where that path takes me. I love being a part of all of it and when I am there, it just makes me happy.  After winter break, I start rehearsals for “The Little Mermaid” which we are doing at my school and I’m really excited to be a part of that. I will continue with my dance lessons and vocal lessons but the most important thing for me is to do what makes me happy and I am happiest when I am on the stage but in the future, who knows where my life will lead me. For now though, I am having just way to much fun just being me and isn’t that how we should all be?”

One thing is certain, we are going to be hearing a lot about the incomparable Miss Katie Maupin over the years to come. Katie’s spirit fills the room with joy and just being around her makes you want to smile from ear to ear and at the end of the day, as Katie would say “It’s all about doing what makes you happy!”  If you’re in the San Francisco Bay Area, don’t miss Katie in the Tony-Award winning production of ‘The Secret Garden’ playing at the Gateway Theatre from December 6 through the 24th produced by the 42nd Street Moon Theater Company, San Francisco’s musical theater destination.

Disclosure: We have received products and/or compensation for the purposes of this review however the thoughts and opinions expressed here are 100% our own. 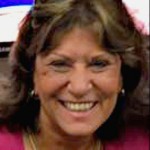