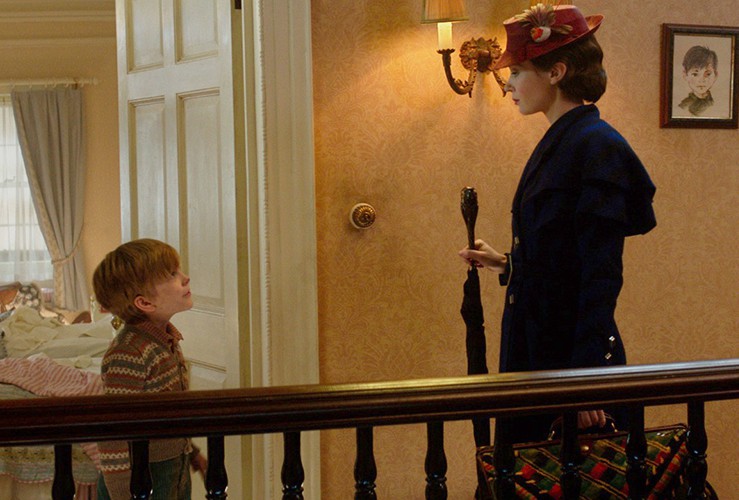 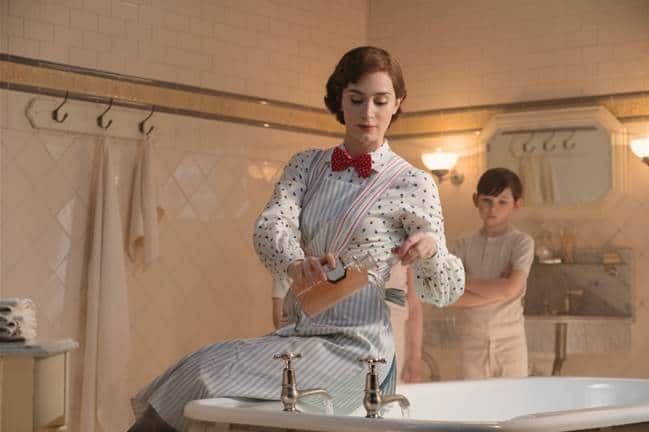 It’s been over 50 years since the original Mary Poppins hit theaters, and it’s captivated audiences ever since. And now, the sequel has finally hit theaters this week. The movie picks up with the Banks family when Jane and Michael are adults need the help from the ageless nanny once again. Taking place during the “great slump” or the depression as it was known here, the movie does have a couple of more grown up ideas woven into the story, but it is a piece of nostalgia mixed throughout the new story that your family will love.

From the very beginning of the movie there are Easter eggs throughout, that pay homage to the original movie and fans will pick up on them. From the “Bird Lady” on the stairs of the bank, that broken snow globe referring to the original, references to Michael not being a Cod Fish, Janes giggling and even that cameo of Dick Van Dyke we see in the trailer. And the biggest of them all is the kite with the Suffragette tassle, that ties the newest generation of the Banks children with the former movie. It will take some time for us to pick up all of the Easter Eggs throughout the movie, but the movie is so good that we’ll have no problem watching it over to see if we can find them.

Filled with new songs, new lessons and at the heart of it all – teaching the children to be kids again and the parents what matters most. The harder lessons throughout the movie are tempered down to a level kids will understand through songs. What are the major big things facing the Banks family this time? Michael’s wife has passed away and the family is struggling with that, and due to that and the financial depression they are also at risk of losing their home. Heavy topics in a movie that kids will be watching, but one that many will be able to relate to from their own experiences or with the current financial struggles many families face. Mary Poppins teaches the kids a song about how their mother may be gone, she’s not actually lost and she is still alive in their hearts and memories. This is a great lesson and a way to make it easier for kids to understand and handle death in their own lives.

“Can You Imagine That?” clip: