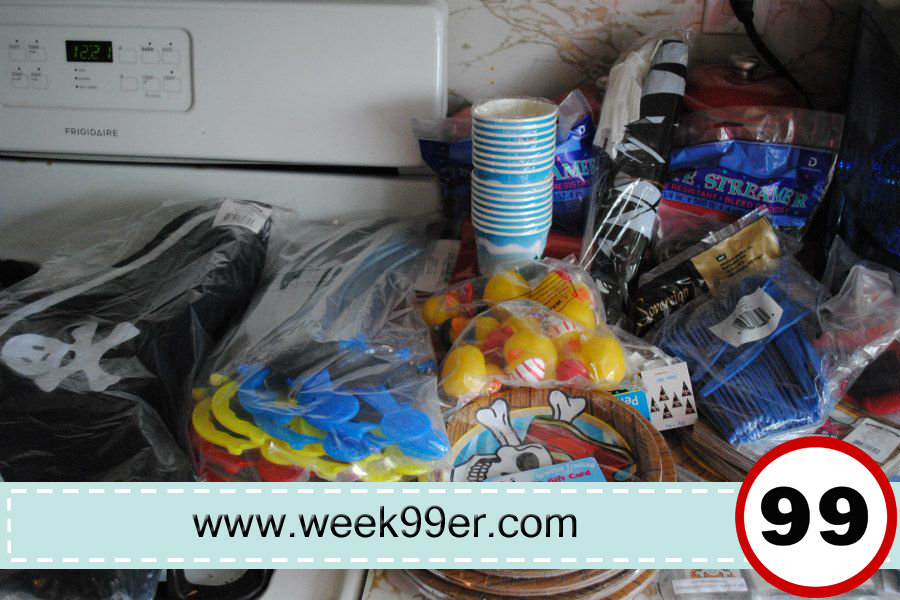 By now I’m used to getting packages, usually several a day. Most of the time I know what will be in the packages, but sometimes they surprise me! A few weeks back I received a large package from the Oriental Trading Company… I stood there looking at the box wondering where it came from and why it was there.

The mystery grew deeper when I opened the box and found it was full of Pirate items. They included some of their favorite things and most ordered items! What was I going to with a box of pirate items, with birthdays month away? 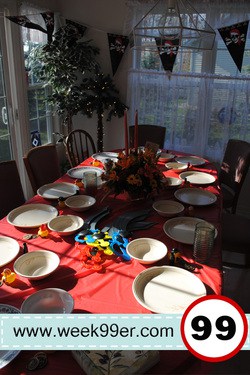 We did something unorthodox… We had a Pirate’s Thanksgiving! When I first arrived at my parents with the box, my Dad hadn’t been told about it or what we were doing. I could tell he was hesitant at first. But when my sister and I ran out to get a few missing ingredients for the next day’s meal, we came home to find the banners up all around the kitchen and dining room.

Before the houseful of guests arrived the table clothe was laid down, and the table was decorated. There were swords, eye patches and pirate hats waiting for all of the guests. At every place setting there was a pirate ducky, a spy glass and gold coins waiting for each guest! 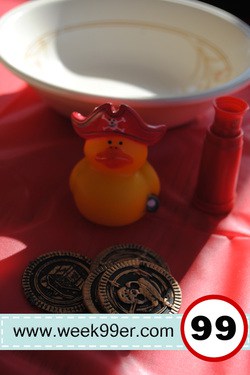 I should mention that none of our guests were informed about themed party except for my immediate family. I expected some resistance from my aunt and uncle or even my grandparents. My sister, brother in law, nephew and cousin were easy to convince to put on the pirate’s hats and play with the swords. But by the end of the meal everyone had their hat on, some were playing with the spyglasses and other swords.

While it wasn’t a traditional Thanksgiving day meal, we had a fantastic time. We made memories that we will have for years to come.

So Happy Holidays from our crazy family to yours! 😉 Have fun this holiday season and don’t be afraid to think outside the box. You will love the memories and moments that are created. 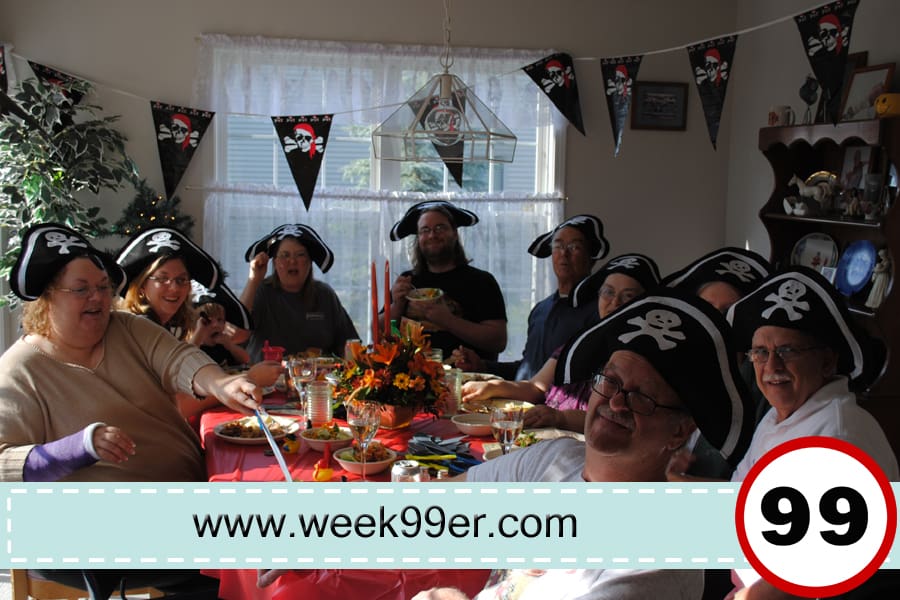 A Toast to the New Year

Happy Holidays from Our Family To Yours

Perfect Gifts for the Dogs on Your List this Year