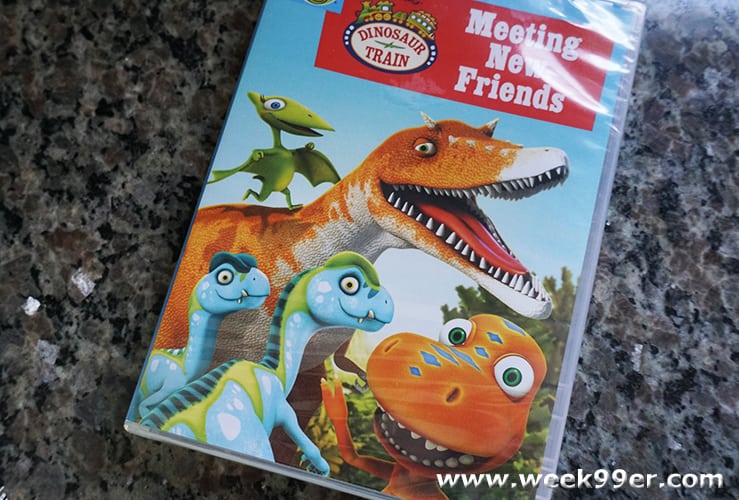 One of the most important things when you’re little is making friends. It’s that basic socialization that we all need and crave growing up. And for kids, this can seem like one of the scariest things to do. But with the help of some of our favorite friends from Dinosaur Train – making friends may not seem so scary.

Just released is Dinosaur Train – Meeting New Friends. A collection of different episodes showing how you can make friends anywhere and how unlikely friendships are some of the best. The episodes are shorts, like any other episode int he series but the main focus is on teamwork, friendship and the importance of family. With crisp animations and fun characters its easy for your kids to fall in love with the series.

Dinosaur Train Meeting New Friends is now available everywhere on DVD. It has 8 episodes and a run time of 88 minutes. It is rated TV-Y

PBS Distribution announced the upcoming release of the new DVD “MEETING NEW FRIENDS,” featuring eight episodes from the popular PBS KIDS’ series DINOSAUR TRAIN, from The Jim Henson Company. Children will join the Pteranodon family as they meet new friends on the trail of the Dinosaur Train. Follow along as the Pteranodons help two new friends find their way back home, meet a Tyrannosaur who has similar features to Buddy,  teach the Dilophosaurus twins to work together, hang out with a 40-foot crocodile, and much more!

“DINOSAUR TRAIN: MEETING NEW FRIENDS,” ($12.99 SRP) will be available on DVD June 12, 2018 and has a run time of approximately 88 minutes. Episodes of Dinosaur Train are also available for digital download.