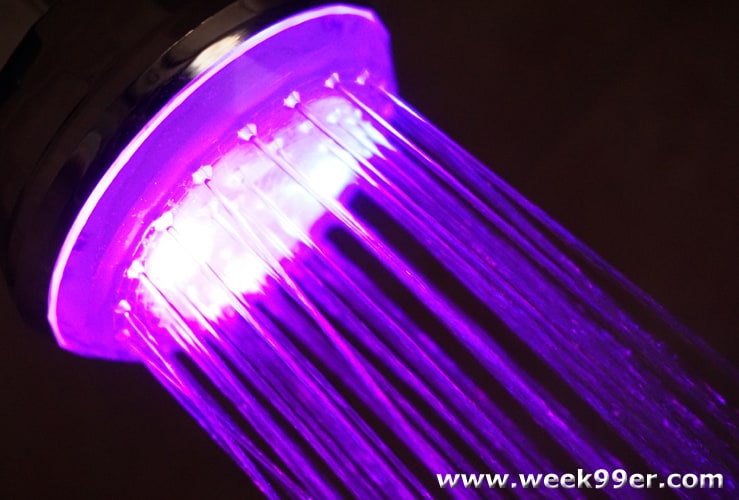 We love testing out As Seen on TV products in our house. Sometimes the claims seem too good to be true, can you really get the product they’re promising for the low price? More often than not, we’re pleasantly surprised with the results and find products we can use for an affordable price. I’m happy to say when we were sent a Shower Wow, that this was just one of those products – a fun shower head that not only functioned but lights up with only the water running. 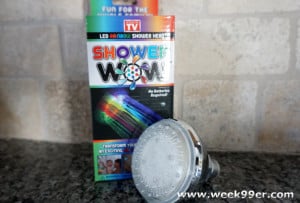 So first things first – The Shower Wow is a shower head with a ring of LED lights inside. You can get them online or in some retailers, but overall they only cost around $15. The price alone puts them well below what you’d expect to pay for a replacement shower head, I think we had to pay around $60 for one when we moved into our house last year. But, with a lower price comes a bit of cheaper materials. 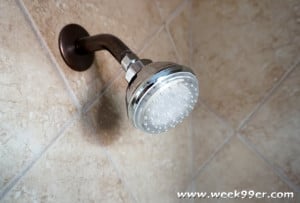 The Shower Wow is not made from metal, but plastic that has a chrome appearance. This however does not change the functionality of the shower head, and the low price does make it affordable to replace if it should stop working or you somehow break it. The only complaint I would have on the finish is it only comes in a chrome tone – it may not match every bathroom, so hopefully in the future they’ll start offering other finishes later. 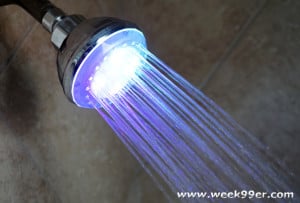 To install the Shower Wow you simple unscrew your current shower head and screw on the Shower Wow. You don’t need any tools to install your new shower head so it really only takes a couple of minutes. The next step is one anyone can do – turn on the water! As soon as water hits the LED ring your shower will light up almost instantly. You can watch the lights change to orange, red, purple, blue, light blue, teal and green. 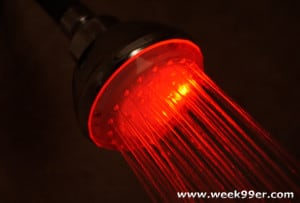 One major advantage to the Shower Wow is the lights are pretty bright, so you could use it even without the power being on and still see in the shower. Also, while you’re using the shower you cannot see the difference in metal tones so if it’s not a big deal for you, you may not mind the difference in tones. Overall, the Shower Wow is a lot of fun when it’s installed in your shower, and is fun for children as well as adults. Shower Wow is definitely one of the As Seen on TV products that is worth the money and has a lot of fun packed inside!