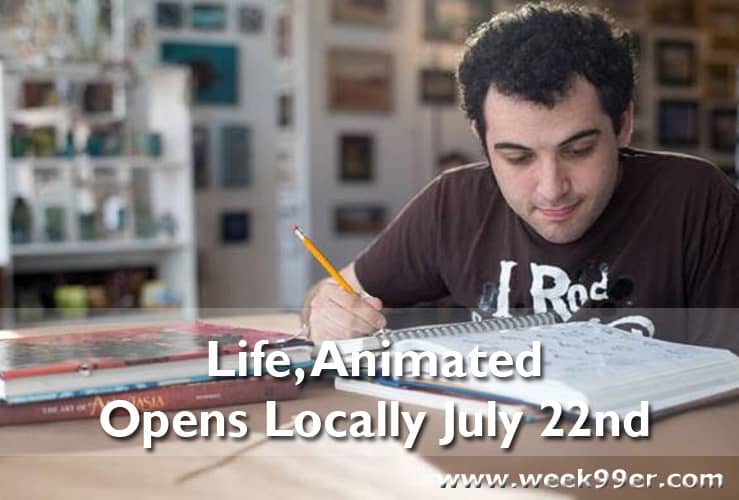 Imagine one day your normal, happy child stops talking and starts regressing. Unfortunately, millions of Americans experience this as their child slips into Autism and what seems like out of reach. This is exactly what happened to the Suskind family when their son Owen began showing signs of autism as a child. Their story begins how most families dealing with Autism does – feeling hopeless and lost on how to reach their child. But the unique way they were able to reconnect with Owen has become a best selling book by Ron Suskind – Life, Animated and now a documentary of the same name.

As a documentary junkie and a major Disney fan, I was interested to see Life, Animated. The movie follows the Suskind family and their struggle with Autism, and how Disney animated movies helped them to communicate with their son Owen. I was able to talk to Cornelia Suskind, Owen’s mother about the movie. Both Ron and Cornelia Suskind are reporters, but originally they didn’t intend on telling Owen’s story. That is until Owen, himself, came to them and said he thought his story could help others.

Throughout the film, you hear the pain that autism caused the family, the love for Owen. Even when Owen was non-verbal, he was drawn to Disney animated films and could understand the stories in the movies. Eventually, he used the movies to help him find his voice again, help him understand the world around him and even help him learn to read. Disney movies were simple, always end the same way and had stories that Owen was able to relate to. But as you watch the film, you’ll notice that all of Owen’s movies are the old VHS Clamshells. According to Cornelia there is a reason for this. “They can stop the parts they want and rewind them a lot easier on the magnetic tape than on a DVD. It’s easier to control.” While the older technology may seem odd to our fast paced digital world, for Owen and others with Autism, it’s a controllable medium for them.

Life, Animated is a beautifully done documentary that tackles not only Autism, but how families and people on the spectrum handle living with the disorder. Since making the film, Owen continues his love for everything Disney as well drawing. He has bloomed into a young man who has a radio show, teaches drawing and has a bright future. All of which began due to the diligence of his family, support network, and love for Disney movies.

Life, Animated is now in select theaters across the nation. It will be opening locally and in these cities this Friday:

To find out more about the film, cities it’s playing in and more check out the widget below: