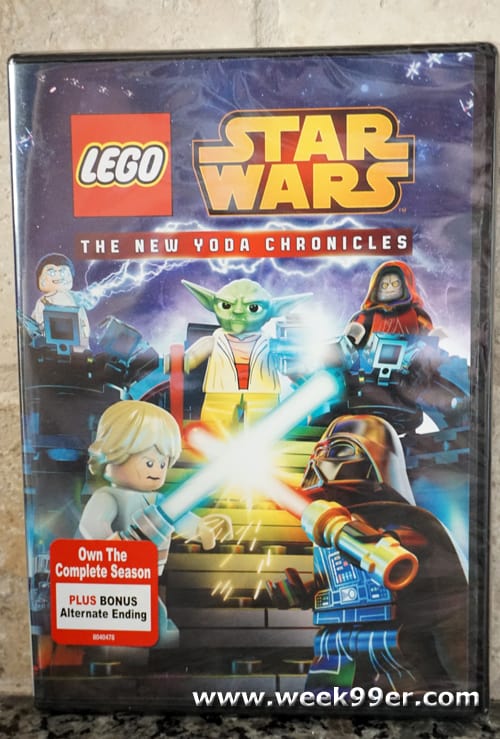 What is more popular than LEGO and Star Wars? Probably nothing – but LEGO Star Wars! The games are popular, the movies are hilarious and now you can have the episodes at home! In a couple weeks, you can own your own copy of LEGO Star Wars: The New Yoda Chronicles on DVD.

We are huge fans of the LEGO games, especially the LEGO Star Wars games. They’re some of the few games I can actually play decently well. But the new DVD brings it to another level, we’re not playing the classic stories, instead seeing new adventures with our favorite characters. In the new DVD collection, you get four new episodes and get to see Luke being trained to be Jedi, Darth Vader searching for the Holocrons, and a superclone Jek-14 coming out of retirement to rally the Rebels. The episodes bring fun new stories to the Star Wars universe and at a level that kids and adults will all love.

LEGO Star Wars: The New Yoda Chronicles is available on DVD on September 15th, you can pre-order it on Amazon now. it has a total run time of 92 minutes.

Check out a clip here: