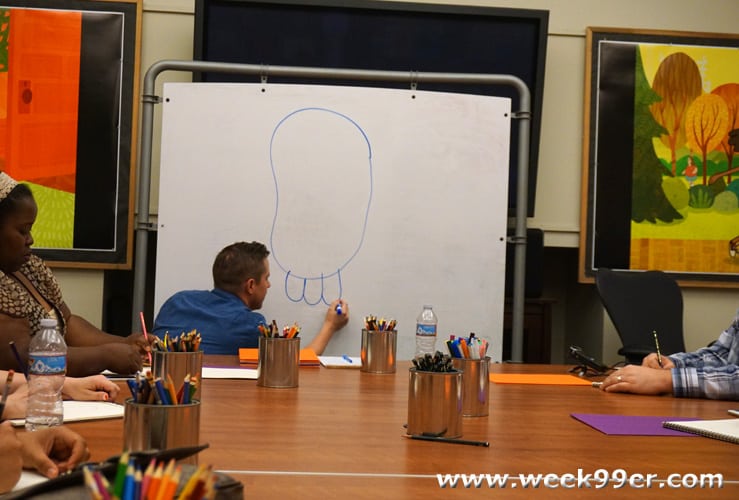 Often when we watch our favorite shows we don’t think about all of the little decisions that go into the bigger design of the show. We enjoy the characters, the stories and often overlook the nuanced details of how they were drawn, the background decisions and all of the tiny details. We were treated to a drawing lesson at DreamWorks Animation Studios by Supervising Producer Blake Lemons on the new show Home: Adventures with Tip and Oh. The drawing sesson showed us how to make our own Boovs and how to customize them. During our drawing session we learned more about how the show was created, how they developed the style of the show and the difference in the textures used.

How did you create the style of the show? Why was it designed in 2D versus 3D like the movie?

I came from writing and story boarding, and so did Thurop and Crego, in that we focus completely on drawing the characters and getting them on paper. So that’s where we start from. When we started this we knew we wanted to go 2D, since it’s what we feature on story boards. More so than CG. The 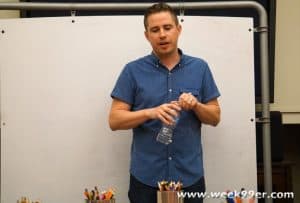 CG for the animated film was amazing, but they knew they wanted to tell more stories – bigger stories. So we felt it was best to go 2D.

So we started to  develop the characters. You’ll see Tip, Oh, Lucy and Pig. Some pretty similar designs to the movie, but we wanted to feature Tip a different way. She’s got a lot of energy, and she’s a big personality herself. So that’s where that came from.

To dig into the backgrounds a little bit. We knew to feature flat 2D characters, the best thing to do is texture. Think back to Scooby Doo – you always saw texture on the background. That’s why you always knew where the trap door was because it was the one without texture, they had to animate that one – that’s why. We knew wanted to put a lot of texture in the backgrounds. But then we started to look at patterns – flat patterns. They’re not in perspective, they’re actually flat. So where that came from, we started talking about Ezra Keats a lot. We wanted to use the flatness to make the characters pop. You’ll see these crazy patterns in the bushes and trees. These crazy shapes that are bold with patterns in the windows.

We started creating more patterns, these are originals we created for the show. We started making as much as we could. We wanted to be able to feature crazy Boovian buildings next to the buildings in Chicago. So it was pushing the patterns even further. We wanted to create the personality and voice for the show. It all makes these flat characters pop out.

What about Character development? Are we going to see more than just standard Boov?

The characters – we all came from an animation background Thurop created a show “The Misadventures of Flap Jack”. And you see a lot of his style on TV today.

We wanted to fill the universe with a lot of interesting characters. Not just Boovs and humans, but other aliens. Some of these you may recognize from the early episodes.  We played with the shape on the Boovs, gave them skin tags, changed their clothes. Boovs take everyday objects and where them on their heads and other parts of their bodies to make them stand out. So there are two of the ways we made them stand out. We have a lot of fun and interesting characters in the show. 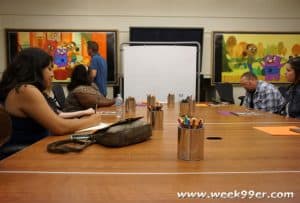 Drawing a Boov isn’t hard at all! Just follow these easy steps and in no time you’ll have your own Boov creation.

To Draw a Boov: