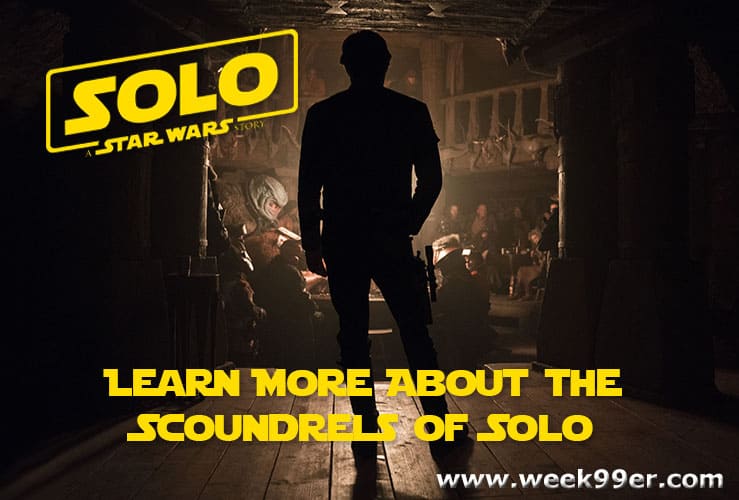 Admit it, one of the reasons you fell in love with Han Solo was his no nonsense attitude. He’s a space cowboy, looks good doing it and despite what he wants you to think has a heart of gold. But there are other words that can be used to describe Han including a Scoundrel. He’s in good company with Lando and other outlaws in the new movie. With Solo: A Star Wars Story now in theaters, Lucasfilms is releasing a bit more about the film and what it took to make the characters come to life. We love the scoundrels in this film and think you will to, and you can learn more about them in the featurette all about the scoundrels that are in the new movie.

Haven’t seen Solo yet? Here is our spoiler free review – trust us you’re going to want to see this! Need something to keep the kids busy on this holiday weekend? We even have some great Solo printable Activity sheets!

SOLO: A STAR WARS STORY is in theaters everywhere now!