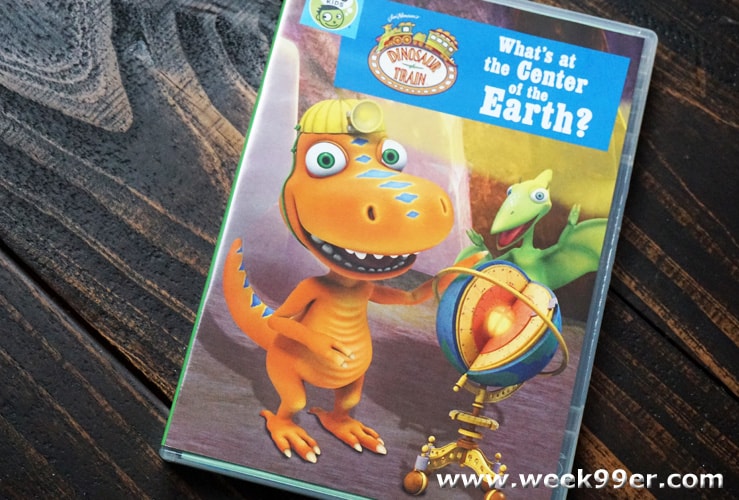 Since Dinosaur Train was first released, Goonie fell in love with it. Besides having fun dinosaurs in Buddy, and of course trains – it helped him learn more about friendship, science and other fun facts. The show is now in it’s fourth season and has all new episodes that your kids are going to love.

PBS Kids is now releasing new episodes of Dinosaur Train, and a new DVD Dinosaur Train What’s at the Center of the Earth? They sent us a copy before it was released, and we loved to see the familiar faces and characters again. The new DVD has eight episodes that focus on the different layers of the earth, a bit of fossils, herds and even a bit of dino mystery. The stories are as cute as the originals, have educational factors wrapped in each one and are great for younger viewers with easy to understand concepts.

Dinosaur Train – What’s at the Center of the Earth is available on DVD on February 21st. It has a total run time of 120 minutes and is rated G.