We’re learning more about the upcoming film from Focus Features – The Book of Henry. The story looks compelling and is one that is a must see in theaters. Directed by Colin Trevorrow (Jurassic World, Safety Not Guaranteed) and starring Academy Award™ nominee Naomi Watts (The Impossible), Jaeden Lieberher (St. Vincent), Jacob Tremblay (Room), Sarah Silverman (Wreck-It Ralph), and Maddie Ziegler (Dance Moms), THE BOOK OF HENRY hits select cities on June 16th, 2017.

Check out the official trailer below and more about the story! 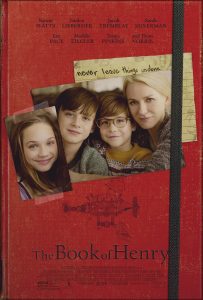