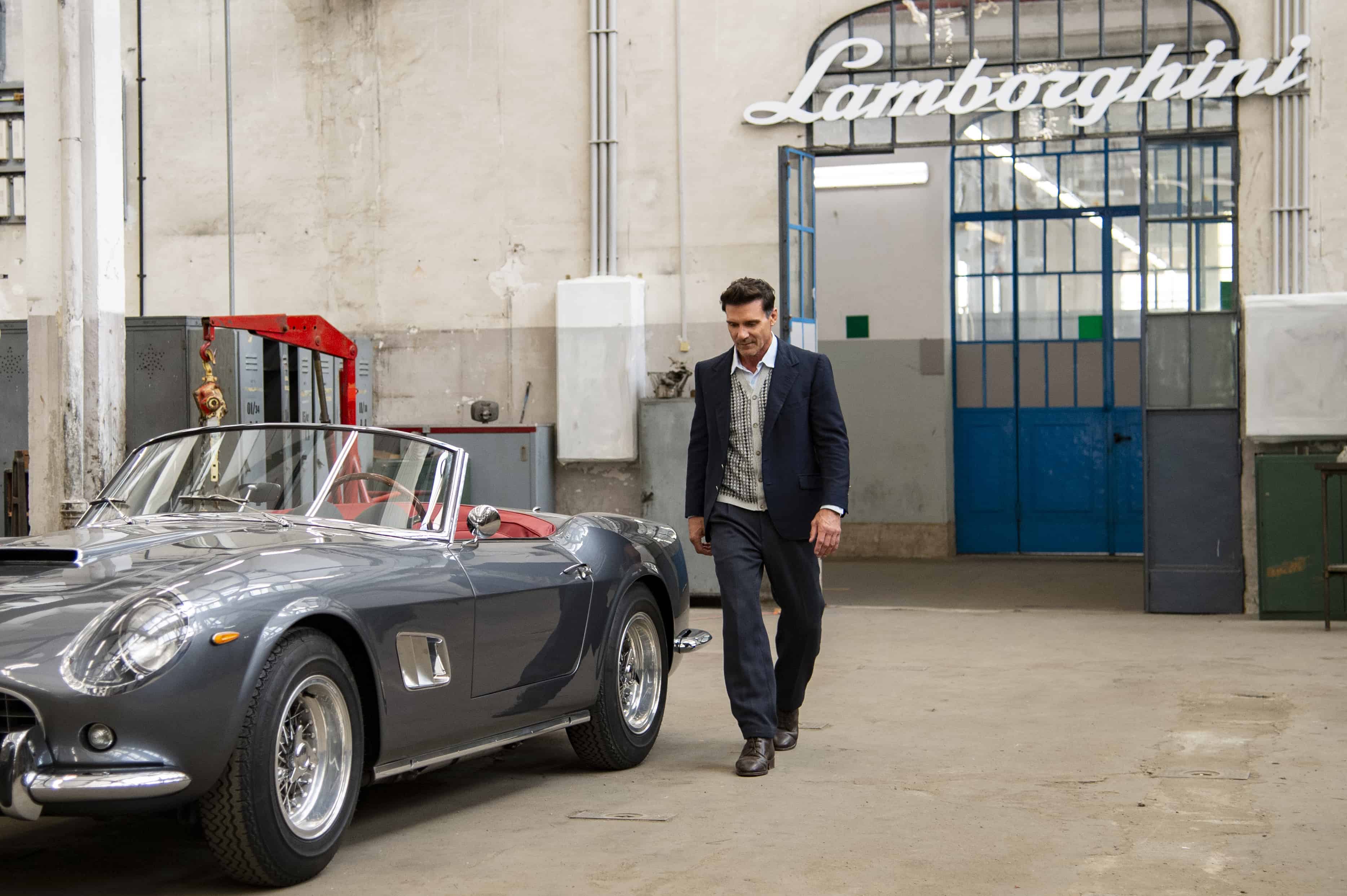 When most people hear Lamborghini, they think of the race cars and the luxury brand – not of the family or the man who created it. Many car lovers know the story of Ferruccio Lamborghini, or rather they think they do so to some degree. But a new film in theaters, Lamborghini: The Man Behind the Legend will help tell the humble beginnings of a brand that is synonymous with luxury and prestige now.

Lamborghini: The Man Behind the Legend tells the story of Ferruccio Lamborghini, a young Italian soldier who comes home after the war with the plan of making his own tractor and revolutionizing the industry. With the training, he had during his time in the service, Ferruccio can make improvements to the current designs, and upgrade what needs to be changed. But his passions quickly change from tractors to cars, and he sets his sights on making a race car that can beat Enzo Ferrari. Although coming from a humble farming background, Ferruccio is determined to make it, no matter what it costs him or who he hurts along the way.

The movie is an interesting look at the early automotive industry from a non-domestic side, but also at the drive and sometimes ruthlessness that took place to create a product that is so beloved within an industry. And while the brand is not one that everyone can or would want to afford, the movie will give viewers a new respect and a different opinion of it in general.

Luxury Car enthusiasts will love Lamborghini: The Man Behind the Legend, giving fans a peak behind the curtain into his life before the name became a brand name. While the movie focuses primarily on creating the Lamborghini brand, the push Ferruccio had to become famous and make it in the automotive industry, it isn’t just a movie for car lovers. The film has enough drama and story to entice other viewers, and to make them look again at even the car they drive, and wonder about its inventor and past they know little if anything about.

Lamborghini: The Man Behind the Legend is now in select theaters.

LAMBORGHINI: THE MAN BEHIND THE LEGEND

Featuring Oscar® winners Mira Sorvino and the screenwriter of Crash, this thrilling, high-speed biopic tells the story of genius auto inventor Ferruccio Lamborghini (Frank Grillo, “Kingdom,” “Boss Level”). All his life Ferruccio has dreamed of beating his longtime rival Enzo Ferrari (Gabriel Byrne, “War of the Worlds”) — and the upcoming Geneva grand prix could be his chance to blow past Ferrari for good. But can Ferruccio get his untested vehicle prepped for victory with the competition just months away? The race is on!