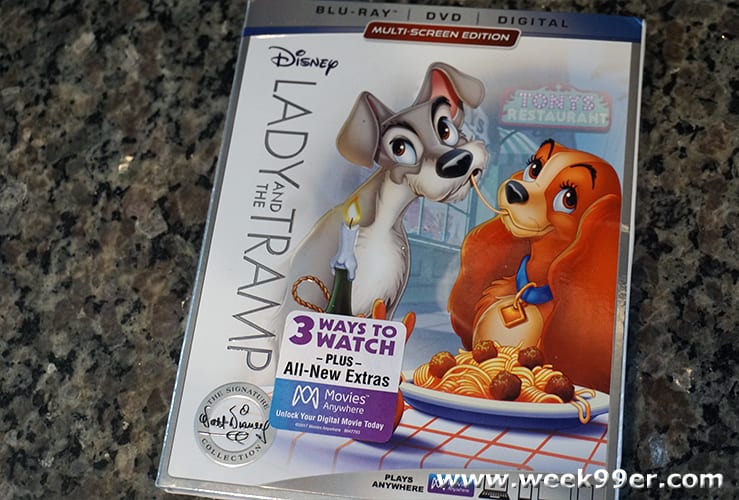 Lady and the Tramp was probably the first love story that most kids watch, and love themselves. It’s not too mushy, but the story is one that a lot of kids fall in love with. It was one of my favorite movies growing up and on my first trip to Walt Disney World, I bought my own Lady and the Tramp stuffed animals (that I still have to this day). So we were excited when the movie was given it’s own release for The Walt Disney Signature Collection.

Beautifully remastered, the movie brings back the classic love story for a new generation. Including amazing bonus features and behind the scene videos. We loved learning more about Walt Disney, his love for dogs and the reason behind the movie in the first place. While Lady and the Tramp holds a special place in our hearts, we’re thrilled to have this collection on our home theater to enjoy for years to come.

You can get Lady and the Tramp Disney Signature Collection Blu-Ray Combo Pack now! Check out all of the bonus features and more below. 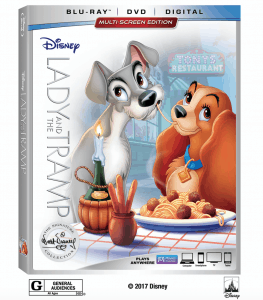