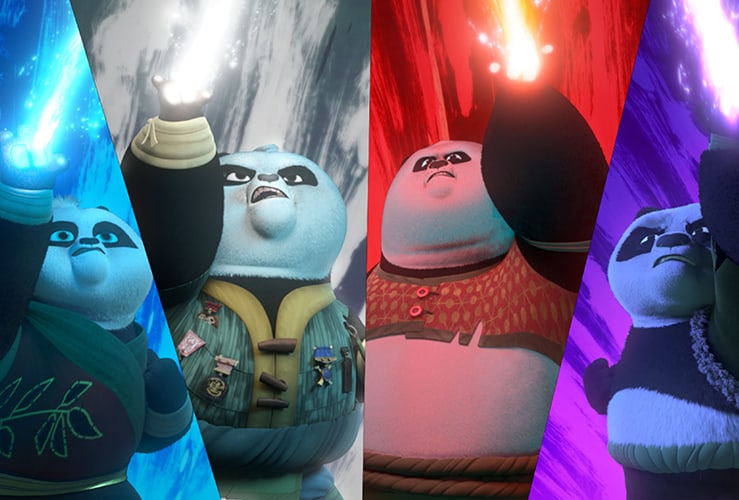 While there is only one Dragon Warrior, surely his skills come from somewhere deep inside his Panda heritage. In an all new series from DreamWorks Animation we get to revisit the Po and our other favorite characters from the Kung Fu Panda series. But this time we have four young pandas who have the power of Kung Fu and are destined to save the valley and the world at the same time. The series looks adorable and brings with it the great animation and laughs of the original three movies. We can’t wait to check out the first season of Kung Fu Panda: The Paws of Destiny next month! But until then, we have the trailer and more about the show below.

Kung Fu Panda: The Paws of Destiny premieres on November 16, 2018 and marks the first time an original series from DreamWorks Animation Television will be made available to Amazon Prime Video customers worldwide.

About Kung Fu Panda: The Paws of Destiny:

Kung Fu Panda: The Paws of Destiny follows the adventures of four energetic panda kids: Nu Hai, Bao, Jing, and Fan Tong. After they stumble upon a mystical cave beneath Panda Village, the friends accidentally absorb the chi of ancient and powerful Kung Fu warriors known as the Four Constellations. Based on traditional Chinese astronomy, the Four Constellations — Blue Dragon, Black Tortoise, White Tiger, and Red Phoenix — are said to have been the first warriors to achieve total mastery of chi. Dragon Master Po finds himself faced with his biggest challenge yet — teaching this ragtag band of kids how to wield their newfound powers to defeat Jindiao and save the world.