On virtually every wedding registry list and kitchen dream list is a KitchenAid Mixer. I was lucky to get mine years ago when I made the switch to a gluten free diet. I’ve named my stand mixer, and even just acquired a second for my heavy baking days. So when KitchenAid invited me to their product launch party last week in Chicago, I was excited to see what was coming down the pipeline for the brand. 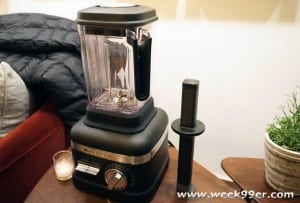 At the International Home and Housewares show last week in Chicago Kitchenaid unveiled not one, but two new products coming to the market soon. The IHHS product launch included their Professional Blender as well as their Artisan Mini mixer. The special unveiling party was held at SOHO House to show the features of the Artisan Mini Mixer as well as other product news for the company. 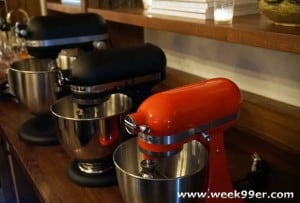 The Artisan Mini Stand Mixer is set to come to the market later this year. This is the first time KitchenAid has downsized their stand mixer since 1962, and overall the Artisan Mini will be 20% smaller than the traditional Artisan mixer and 25% lighter. The smaller size is to meant to target millennials, empty nesters and people in smaller spaces but still want a quality appliance. Despite it’s small size, the Artisan Mini still has the power you’d expect in a KitchenAid Mixer including a bowl that can make up to 5 dozen cookies, standard accessories like a flat beater, wire whip and dough hook, and the ability to use all attachments standard size mixers can use.