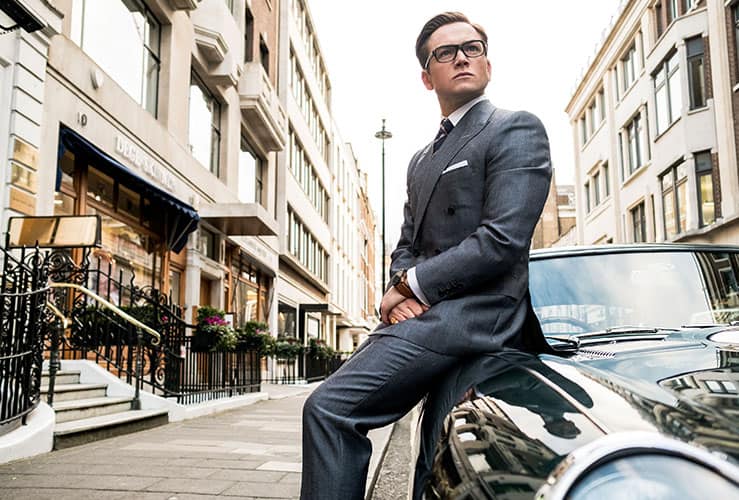 When Kingsman: The Secret Service hit theaters it slid under our radars. We actually didn’t watch the movie until it hit Redbox and since then it was one of our favorites. It’s a mix of a spy movie, comedy and a bit crude – but only in the best way. It’s a hard movie to describe to people, a British Spy Movie with comedy and creative death scenes. It definitely isn’t one to watch with the kids, and when we saw there was a sequel in the works – we had to see it. 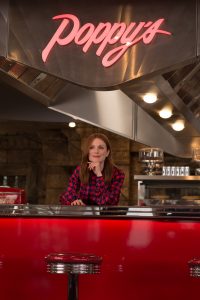 Earlier this week we were able to sit down and watch Kingsman: The Golden Circle, the second in hopefully a long line of Kingsman movies. The movie begins with Eggsy after his life made the major change from the first movie and brings back Merlin as well as other agents. After a virus is released on the world, and tragedy strikes the Kingsman – Eggsy is off to save the world again – as well as the woman he loves.

With the original cast returning as well as the addition of Julianne Moore (who is an amazing bad guy), Channing Tatum, Halle Berry and even Elton John, the new movie is full of talent and offers a well rounded cast. While a trip to Poppy Land sounds like a fun place to explore, the idyllic world created by Poppy (Moore) nestled in the deep woods of Cambodia, it’s actually the center of a dark underworld.

Similar to the original movie, The Golden Circle brings back the comedy to the Spy World. Don’t expect 007 antics, but the humor, sexual comedy and even murders have been taken up a notch in the sequel. With a R rating, don’t take your kids to see The Golden Circle – the creative ways people have gone up a notch as well, and there are quite a few graphic deaths.

Did Kingsman: The Golden Circle stand up our expectations? Absolutely! It’s a great sequel and there are times that Elton John steals the scene and the whole show. Get ready to laugh until you cry and be equally disgusted at other moments in the movie.

Kingsman: The Golden Circle is now playing in theaters everywhere!

About Kingsman: The Golden Circle:

“Kingsman: The Secret Service” introduced the world to Kingsman – an independent, international intelligence agency operating at the highest level of discretion, whose ultimate goal is to keep the world safe. In “Kingsman: The Golden Circle,” our heroes face a new challenge. When their headquarters are destroyed and the world is held hostage, their journey leads them to the discovery of an allied spy organization in the US called Statesman, dating back to the day they were both founded. In a new adventure that tests their agents’ strength and wits to the limit, these two elite secret organizations band together to defeat a ruthless common enemy, in order to save the world, something that’s becoming a bit of a habit for Eggsy…