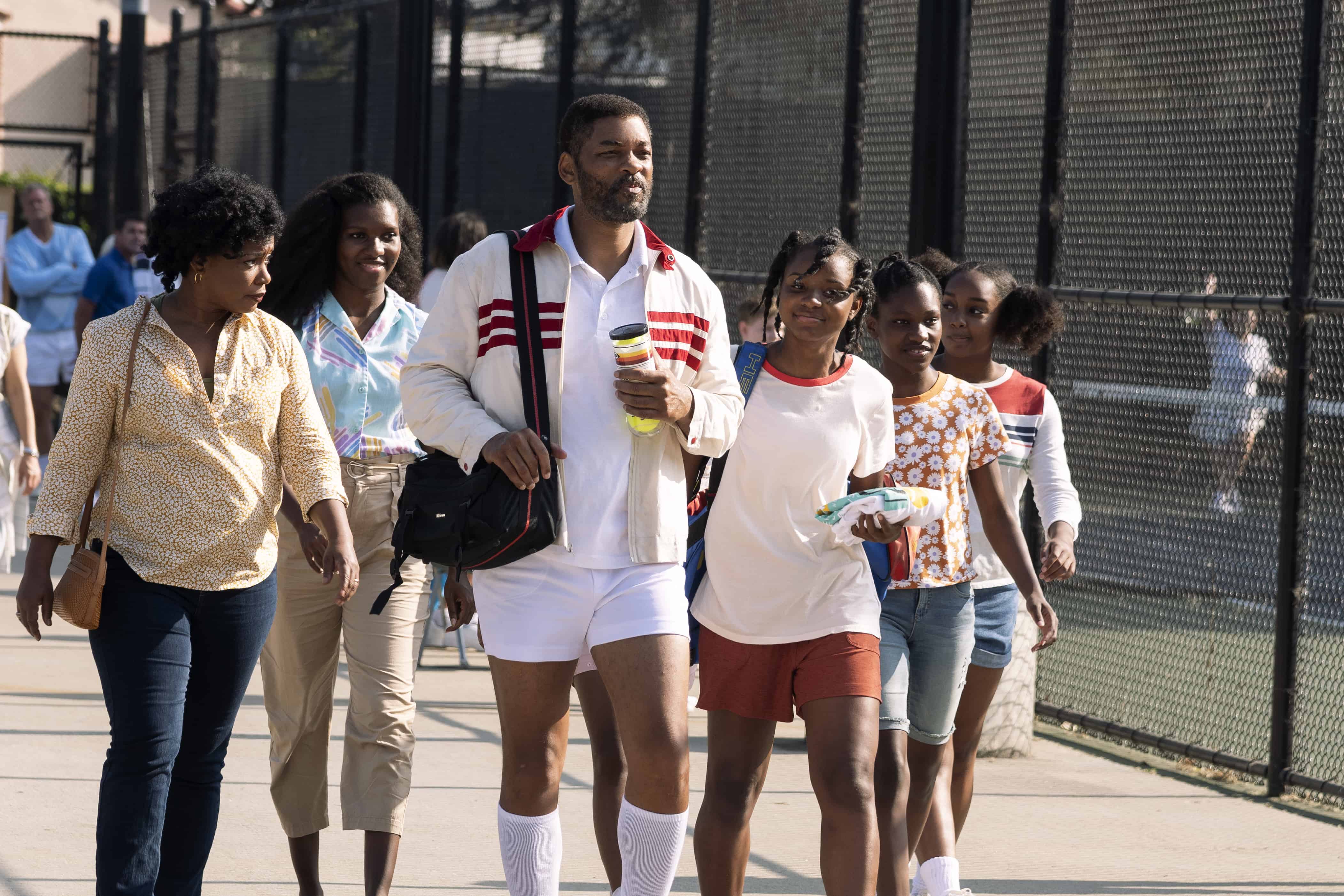 When we think of Venus and Serena Williams, we think of their records and their amazing professional careers. Unless you were watching them rise to greatness, most people don’t think of the man and family behind these great athletes. Richard Williams, however, made a plan for his daughters, and a name for himself in the world of tennis – even if at times he was notorious.

King Richard brings the story of Richard Williams to both theaters and HBO max on Friday. It highlights his determination to make get his daughters to the professional tennis circuit, the training and plans he made for them. And while this movie is supposed to be about him, the movie is so much more than that. It is the story of their family, how his wife’s commitment helped the girls and the rest of the family stay together and what they did together and often apart to shape their family’s future.

I’m not a huge fan of sports movies, but occasionally there is one or two that make it to the frequently watched movie list. And King Richard absolutely has the potential to do just that. Starring Will Smith, it makes it an easy draw for a lot of audiences, even if they’re not a huge fan of tennis as a sport. And despite the heavy presence of sport throughout the film, it doesn’t really feel like a sports movie. Instead, the movie is more about their relationships, and the sacrifices and gambles the family took to get both Venus and Serena where they are today.

Smith’s portrayal of Richard Williams is good, but may not be one of his strongest performances to date. And that is partially to do with the fact that Saniyya Sidney and Demi Singleton, who shine in their roles as young Venus and Serena. These young actresses make Will Smith take a back seat in a movie where he’s playing the title character. From their emotion, their acting skills, and even tennis game – the story is more theirs than his – as it seems their professional career outshines a lot of other parts of the story as well.

King Richard may not sound like a movie that some people will be drawn to, tennis seems to have its own audience and appeal. But the amount of heart, laughs, and determination that the family has truly is an inspiration for everyone. King Richard will be in theaters and on HBO Max for streaming on November 19th.

(In theaters and HBO Max) Based on the true story that will inspire the world, Warner Bros. Pictures’ “King Richard follows the journey of Richard Williams, an undeterred father instrumental in raising two of the most extraordinarily gifted athletes of all time, who will end up changing the sport of tennis forever. Two-time Oscar nominee Will Smith (“Ali,” “The Pursuit of Happyness,” “Bad Boys for Life”) stars as Richard, under the direction of Reinaldo Marcus Green (“Monsters and Men”). Driven by a clear vision of their future and using unconventional methods, Richard has a plan that will take Venus and Serena Williams from the streets of Compton, California to the global stage as legendary icons. The profoundly moving film shows the power of family, perseverance and unwavering belief as a means to achieve the impossible and impact the world.