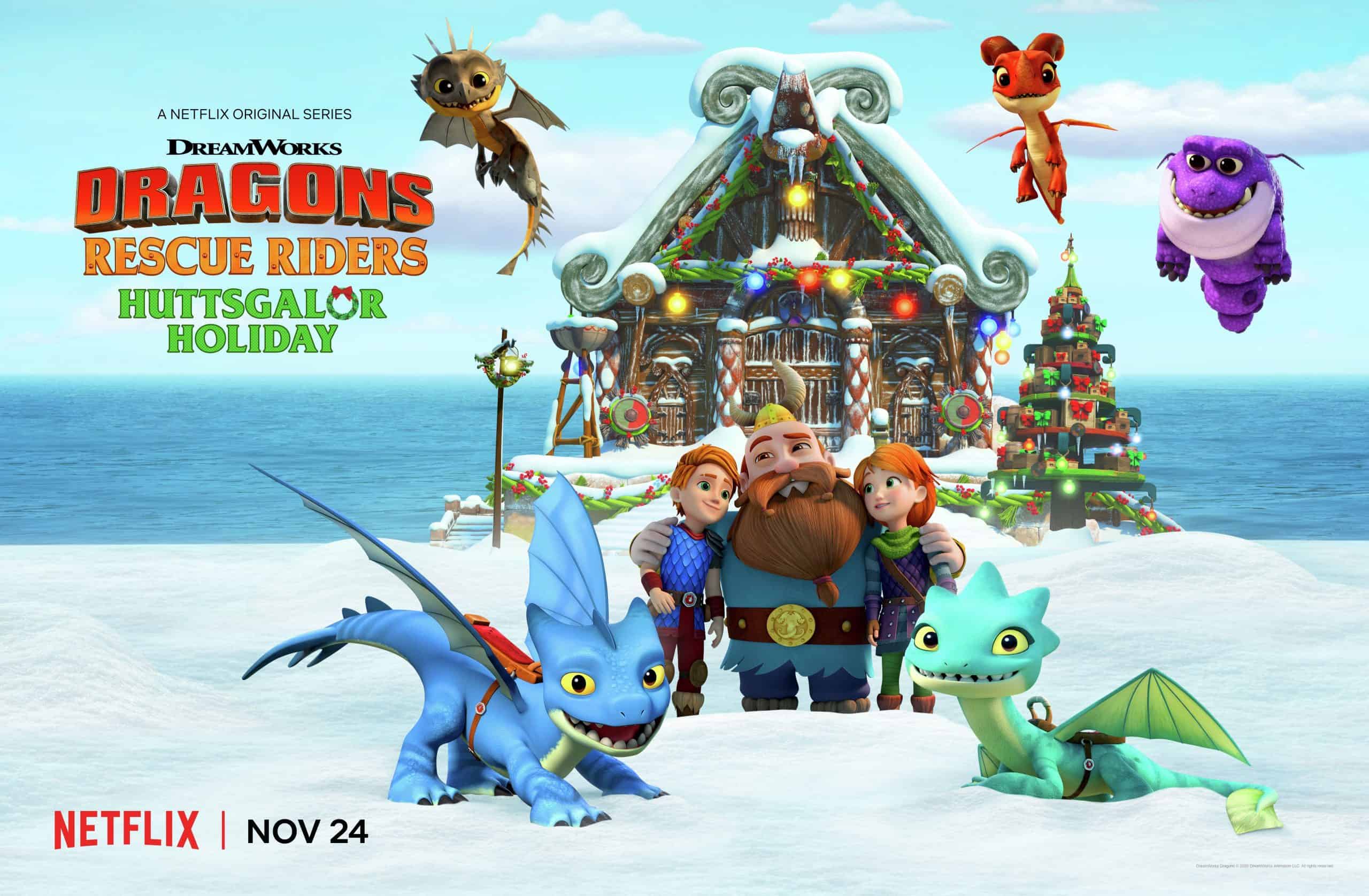 With the holiday season just around the corner, finding kid friendly entertainment is a bit harder to do. But this year our friends at DreamWorks Animation have four different holiday focused episodes and shows that your kids are going to love. From Netflix to Hulu and Peacock, the specials are on different platforms which makes it a lot more likely you’ll get to enjoy at least one of them this holiday season! All of the information on the upcoming shows are listed below!

When unpredictable winter storms threaten to ruin Odinyule, the Viking holiday of giving, and Elbone’s ship filled with presents goes missing, the Rescue Riders must work together to get behind the cause of the storms and save the beloved holiday! Executive Produced by Jack Thomas (​Regular Show​, ​Dragons: Race to the Edge​) & Co-Executive Produced by Brian Roberts (​VeggieTales​), Dragons Rescue Riders Huttsgalor Holiday releases November 24 on Netflix.

Nobody is a bigger fan of Christmas than George and Harold, but this year the boys are convinced they can take the holiday to the next level with something called Mega Blissmas! Laser shows instead of red bows, ugly sweaters are cast aside for cool capes, and Christmas trees are rebooted as robots! But when the kids find that Blissmas isn’t what it’s cracked up to be, they join forces with Captain Underpants to save Christmas before it’s gone forever! Executive Produced by Peter Hastings (​Animaniacs;  Pinky and the Brain​), Captain Underpants: Mega Blissmas releases December 4 on Netflix.

When Maricela’s horse, Mystery, is stolen by a gang of bandits Lucky, Pru and Abigail set out on their most daring adventure yet to get her back. It’s a race against the clock and the PALs will do just about anything to succeed, even if that means recruiting the help of the notorious Butch LePray. Saddle up and take the reins in this interactive special where it’s all up to you to help the PALs save Mystery! Executive Produced by ​Jim Schumann (​Kung Fu Panda: Legends of Awesomeness​) and Co-Executive Produced by ​May Chan (​Fast and Furious: Spy Racers​), Spirit Riding Free Ride Along Adventure releases December 8 on Netflix.

Alex, Marty, Melman and Gloria continue their big adventures in New York City. The foursome become babysitters for a new litter of tiny hedgehogs, Melman gets stuck in a firetruck, and Alex is accidentally mistaken for a large house cat. While their shenanigans may lead to sticky situations, the little pals always work together and make the best of whatever life throws their way. Executive Produced by Johanna Stein (​Kung Fu Panda: The Paws of Destiny​) and Co-Executive Produced by ​Dana Starfield (​Monster High: Welcome to Monster High​), Madagascar: A Little Wild (Part 2) releases December 11 on Hulu and Peacock.