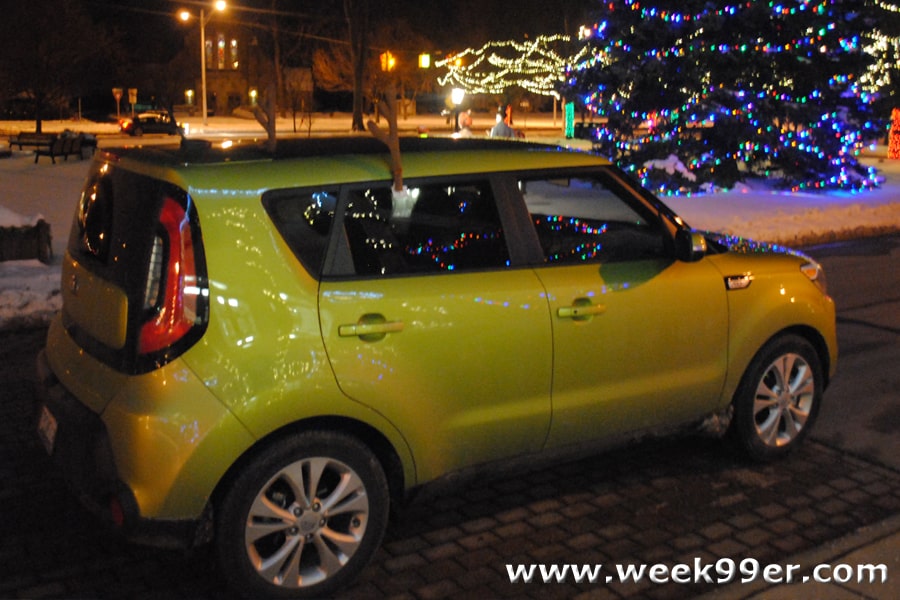 Driving around town in a Kia Soul, you get a few comments. I was prepared for this when KIA dropped off their new 2014 KIA Soul+ for us to drive around for a week. It’s the hamster mobile, a clown car, or even roller skate. I’ve heard them all, but what people don’t know is that inside the Soul is a lot of space and features you wouldn’t expect in such a small package. 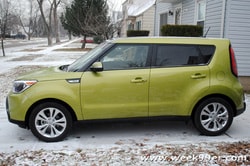 The outside of the Soul is small, and takes up a lot less space than a traditional sedan would. You can easily fit it inside a compact car space, and zip through traffic with ease. But inside it can seat four adults, mostly comfortably. You can even fit adults who are 6′-6″ and taller in the front with extra leg room. We were honestly shocked that my boyfriend could easily fit in the car without much of an issue. He even spent some time riding around in the vehicle for a couple days and didn’t complain about the size or leg room.

Well, we all know why the Kia Soul is often referred to as the Hamster mobile. They were introduced with a rocking campaign and there is a new one on the air right now, introducing the new 2014 model. You can check it out below:

What makes the new 2014 Kia Soul+ different than previous models? The whole interior has had a make over. The first thing you will notice getting in the car is the new speaker layout and air return system. Not only are they laid out differently, but the main speakers point directly up on either side of the front passengers.

The front two doors of the Soul sedan have large speakers as well. But the side speakers have a special feature. On the front dash you can set the side speakers to mood lighting or music. The speakers are surrounded with LED lighting that provide a fun aspect in your car while you’re driving at night. On the mood setting they will slowly change colors, but on music the colors change and bounce with the beat of your music. Both the mode and the intensity can be changed with the dial on your dash. When in music mode, the brightness of the lights will increase when you turn up the music. 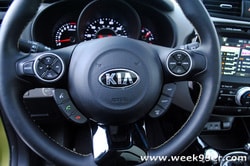 The steering wheel of the Soul+ is a bitter different than other Kia models. It includes everything that other models have in the past, from hands free calling, cruise control, and complete control of your radio system. The radio control and cruise control are in secondary control modules on the steering wheel, instead of at the base like past models. For me, this was great since I tend to rest my hands at the bottom and accidentally call people from time to time. 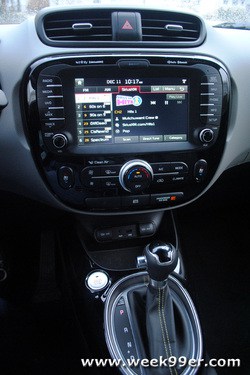 In the 2014 Soul+ there is a couple new upgrades to keep your eye out for. These include the push button start down by the gear shift, clean air filters, manual shift override, satellite radio, and UVO. The Soul+ also provides real time radio, where you can record the song or pause live radio to listen to it later.

The main counsel not only provides you access to your radio, media, MP3 connection, hands free calling system and access to the navigation system – UVO. UVO is Kia’s answer to On-Star and similar systems. Not only does it provide real time GPS location, mapping and directions, but you can zoom and change your map with a touch on the screen. UVO is easy to use, and changing the screen and directions while on the go is a breeze. 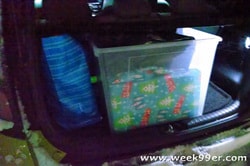 We took the Soul+ around metro-Detroit, through snow storms, to events and dinner. There were only a couple things I didn’t like about the Soul. Since the leg room has been maximized in the Soul, that means you are sacrificing trunk space. The trunk on the Kia Soul+ is extremely small, and barely fit some presents that were being delivered. This is a major drawback for me, even though the Soul was a fantastic ride.

Another issue I had with the Soul+ was with the power. The Soul+ actually has a 2.0 liter 4 cylinder engine. But when you need the extra two cylinders you can actually feel the pick up. This is a great gas saver, but not the power I’m use to. I think this may be be part of the problem I had getting the Soul through some snow when we were hit by a snow storm while we had it. 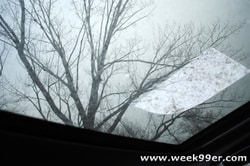 With that being said, those were the only two issues I had with the Kia Soul+. Despite the two negatives there were several things I really liked about the car. The first being the panoramic sky light that extends from the drivers area all the way to the back. You can get beautiful seamless views when you’re stopped. And during the snow storm it provided great views of the snow on top. As the Soul heated up this quickly melted away and you could see a clearly the snow and area around us. 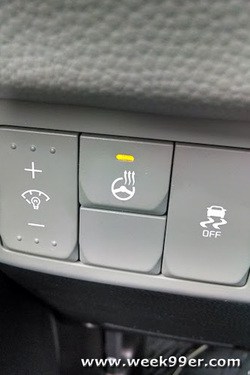 As we drove around the winter wonderland that Detroit had become I found two new favorite features in the Soul+. The first was one that I was use to on a vehicle, heated seats. When the temperature is below freezing, there is not much better than sliding into a car seat that is warm and waiting for you. But the Soul offers something else, that quickly became my new favorite feature – a heated steering wheel! My boyfriend is a bit hesitant on this feature, since it technically puts a heating element near you which would be a potential hazard in the event of accident. I, however, love it. It’s nice having heated seats, and a car that warms up quickly but that doesn’t mean your steering wheel will be warm. The heated steering wheel stays on only for about 30 minutes, just long enough to keep your hands warm when you get on the road and the car is fully warmed up. It does not get too warm, just warm enough so your hands don’t freeze touching the cold steering wheel when you get on the go. 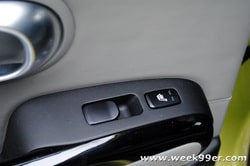 Overall, we enjoyed our time with the Soul+. It surprised me how much space was inside for passengers and the added features that have been added. It is a great vehicle for small families, or young adults that may not need a lot of storage space, but need a quality vehicle to get you around the city, the state or even beyond. With a starting price of $14,700 it is a great starter car or for someone on a limited budget.
Find Kia Online: