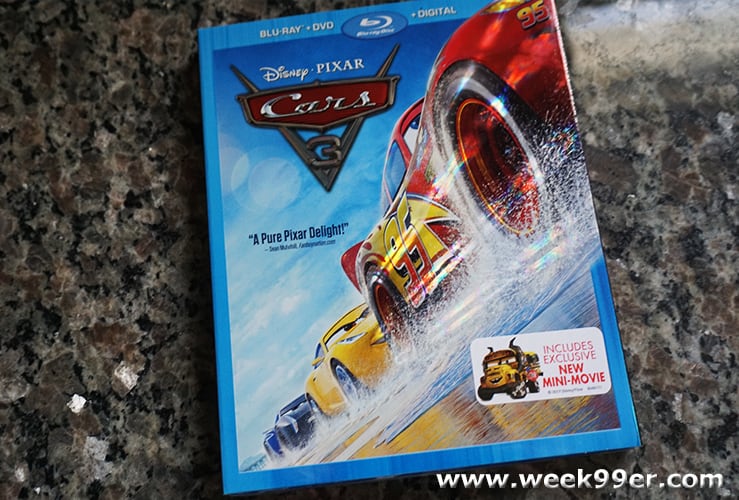 We really didn’t know how the world of Cars could get better until we saw Cars 3 in theaters. But the movie is just the beginning. Based on the love and passion for cars and the sport that NASCAR fans and drivers have, the movie is the taking the race to the next level and we watch McQueen mature into the mentor he’s suppose to be.

If you haven’t seen Cars 3, now is the time to pick it up on Blu-Ray and DVD and continue the story and love for the characters, the sport and of course for speed. Cars 3 is available everywhere on Blu-Ray, DVD and Digital HD. Of course you get the feature movie, but the discs are loaded with bonus features including a great mini-movie Miss Fritter’s Racing School. We got a sneak peak of the animated short last month and it’s a hilarious continuation of the story as well as Miss Fritter’s character as well.

As much as we loved Cars 3, when we learned more about the passion and love that went into the film it made us tune into the bonus features more. Not only do you get a look into what Pixar and Disney did to make Cars 3 come to life, but with bonus features like Legendary you see how the true NASCAR stories were used for characters. It’s an amazing and informative look at both Wendell Scott and Louise Smith who both paved the way and fought the odds for their place in the sports.

With deleted scenes, real life inspiration, some of the hidden artwork that may have snuck by you – the Blu-Ray and DVD collection is perfect for any Cars fan or NASCAR fan. We’ve spent a lot of time this weekend combing through these discs, and find something new each time. Check out a few of the clips below and all of the bonus features you can get below!